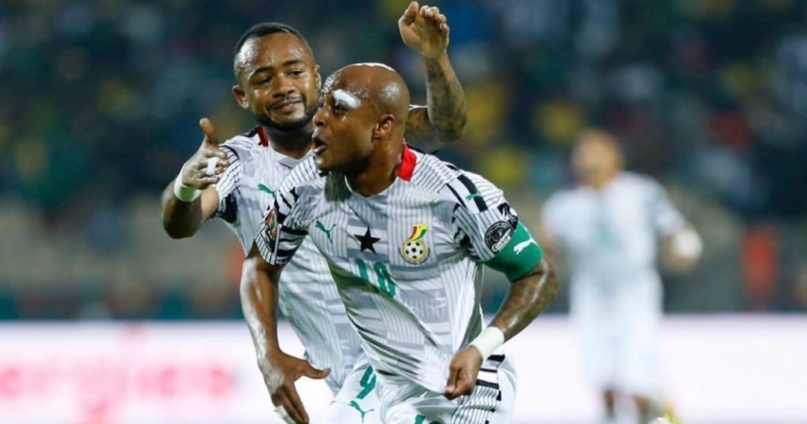 Black Stars captain, Andre Ayew, says despite just two players from the current squad having the opportunity to play at the World Cup in the past, Ghana has what it takes to impress in Qatar.

Among the 26 players called up by Otto Addo for this year’s global showpiece, Andre and Jordan Ayew are the only players to have had World Cup experience.

While this will be Andre’s third after appearances at the 2010 and 2014 editions, Jordan will be making a second outing after featuring in Brazil.

The lack of experience in the squad is one thing that has been highlighted by many but the Black Stars captain believes that may not be a worry for the team.

“It’s true my brother and I are the only ones [in the Ghana team] to play in the World Cup but it doesn’t mean anything because we also came to play and it was a first at some point and we were able to do good things on the field,” he said at the press conference ahead of the game against Portugal.

“For me, I believe that the squad we have the quality to really impress and show the World what we are capable of.”

“But most important is to be able to perform on the pitch individually and collectively.”

The Black Stars face Portugal at the Stadium 974 on Thursday, November 24, hoping for a good start to the competition.

DISCLAIMER: The Views, Comments, Opinions, Contributions and Statements made by Readers and Contributors on this platform do not necessarily represent the views or policy of Multimedia Group Limited.
Tags:
Andre Ayew
Black Stars
Jordan Ayew
Lawrence Baidoo
World Cup