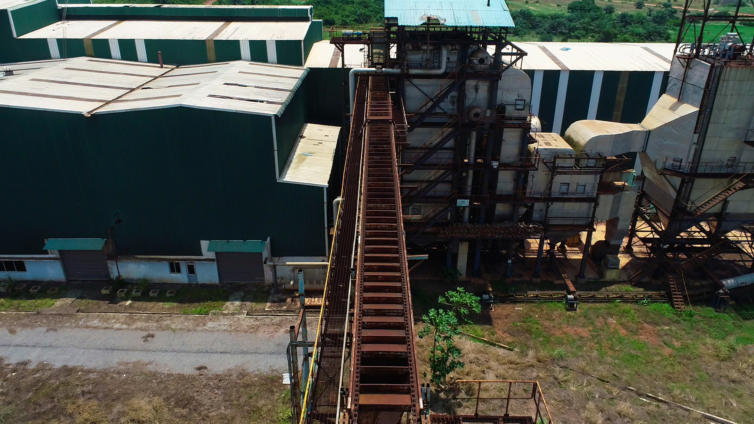 A former Secretary to the Komenda Sugar Factory Management Board, Ransford Vannie-Amoah has blamed the current government for the non-operationalization of the $35million facility.

He said the ruling New Patriotic Party government has failed to prioritize the project which was established by the erstwhile John Mahama administration to revive local sugar production.

Ransford Vannie-Amoah, in an interview with Israel Laryea on the AM Show, said the operations of the factory has been politicized even though it is ready to begin commercial production of sugar.

There are renewed interests in the fate of the factory after former President, John Mahama, responded to accusations by the ruling government, that he had no proper plans for the operationalization of the factory.

John Mahama, speaking on Cape Coast-based Cape FM as part of his ‘thank you’ tour in the Central Region, in turn accused the Akufo-Addo- led government of failing to access funds that have been made available for the provision of raw materials for the factory.

Backing the former President, Ransford Vannie-Amoah said the former government had specific plans on getting the factory to work, thereby, reducing the importation of the commodity.

He insists that the factory was ready as test runs had been undertaken in anticipation of it commencing full production.

The plan was that in the short term, we will depend on the outgrowers who are in the Central and Western Regions. These outgrowers will supply the canes to the factory to start work. So we planned that by January, we would go into commercial production,” he added

In the meantime, residents in Komenda are angry about the failure of the factory.

JoyNews Central Regional correspondent, Richard Kwadwo Nyarko, reports that some residents, who had high hopes in the project, have traveled to the neighboring Ivory Coast for survival.

“People are livid that the promise of building a sugar factory for the people of Komenda would create some jobs. There are some sugar cane farmers that were looking forward to receiving new varieties in order to also boost their businesses. If you go to Komenda, the hopes of those who were expecting the project have been dashed. Some have even traveled to La Cote D’Ivoire and other neighboring communities. They are looking forward to the revival of the Komenda sugar factory,” he has reported.