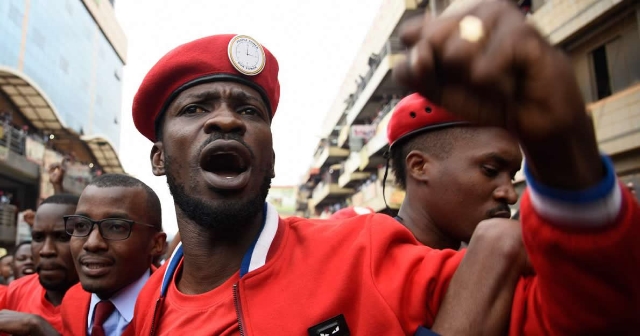 Ugandan opposition leader Bobi Wine has hit back at President Yoweri Museveni who, in a BBC interview, called his rival “an enemy of progress”.

Bobi Wine, whose real name is Robert Kyagulani, recently declared that he would challenge Mr Museveni, 75, for the presidency in the 2021 election.

Uganda’s president has been in power since 1986.

In a tweet, Bobi Wine called the country’s leader “the enemy of Uganda” who rules “through the barrel of the gun”.

In the BBC interview, Mr Museveni alleged that the musician had said on a visit to the US that “people should not come and invest in Uganda”.

But the presidential hopeful’s party, People Power, said Mr Museveni must have been dreaming about its leader, as he has never made such a comment.

In a statement it said that the president must have been referring to a September 2018 interview with Al Jazeera, in which he said that Americans should be wary of giving military aid to Uganda as “it’s not being used to protect Ugandans”.