BoG governor to step down this week – Reuters 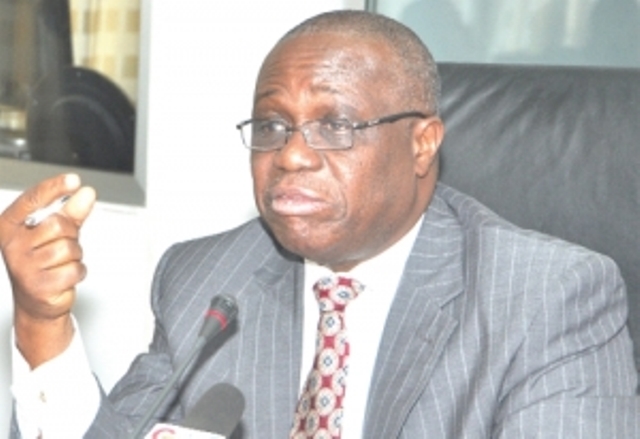 Bank of Ghana Governor, Henry Kofi Wampah, will retire this week, he said on Tuesday, cutting short a four-year term during which he has struggled to curb inflation and stem the decline of the national currency.

Wampah, whose term officially ends on Aug. 5, told Reuters he had informed President John Mahama of his intention to leave by the end of this month, adding the decision was partly linked to presidential and parliamentary elections planned for November.

"I told him I wanted to leave office early and we have agreed that I will exit at the end of March," Wampah said. "It is just fair to leave early in order to give enough room for my successor, whoever it might be, to settle down before we get to the elections."

He said one of his two deputies, either Millison Narh or Abdul Nashiru Issahaku, was expected to serve as interim central bank governor until Mahama chooses a permanent successor.

Once considered a rising star in Africa, Ghana, which exports cocoa, gold and oil, has been dogged by large budget deficits, ballooning public debt and inflation that consistently tops government targets.

Mahama appointed Wampah amid serious fiscal imbalances caused mainly by election spending in 2012 and a burdensome public sector wage bill that complicated the bank's task of managing the money supply.

The bank held its benchmark interest rate at 26 percent in its latest rate decision last week.

As a member of the economic management team, he also helped negotiate a $918 million programme with the International Monetary Fund last year aimed at re-establishing macro-economic stability.

"Its unfortunate that Wampah is not going to be there to complete the IMF program through the election period," said Joe Abbey, director of the Accra-based Centre for Policy Analysis.

"I've found him to be somebody who is able to stand his grounds even if that didn't seem to be the most palatable position to take," he added.

While the cedi currency has for the first time in several years withstood the seasonal first quarter pressure to rally, it has lost 94 percent of its value against the dollar since Wampah was sworn in January 2013.

Such crippling figures have earned Wampah heavy criticism from some quarters.

He has also faced calls for his resignation this year over what some said was the bank's failure to effectively monitor DKM Microfinance, a small firm that lost millions of cedis in its customers deposits before it had to be liquidated.

Wampah dismissed suggestions that he was being forced to step down due to the controversy surrounding the company's collapse.