Boris Johnson refers to Trump as the ‘previous president’ 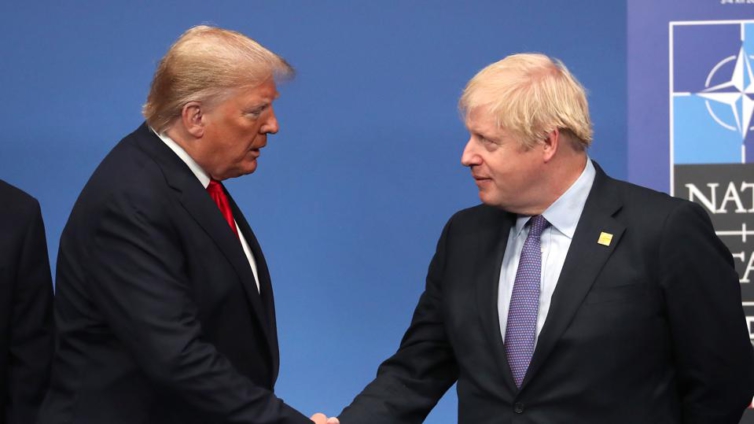 U.K. Prime Minister Boris Johnson mistakenly referred to President Trump as the “previous president” on Wednesday as he sought to defend their amicable relationship, a sign of how even some world leaders who have a close tie to Trump are beginning to move on from the lame-duck even as he refuses to concede.

Addressing the House of Commons on Wednesday, Johnson spoke about the details of a “refreshing” and “excellent” conversation he had with President-elect Joe Biden in which the two politicians went over both countries’ commitment to human rights, NATO, global free trade, and to combating climate change.

Labour MP Angela Eagle sarcastically asked Johnson whether he had any “advice” for his “erstwhile best friend” Trump, “whose continuing refusal to accept the results is both embarrassing for him and dangerous for American democracy?”

Trump will remain the president until Biden is inaugurated on January 20.

After @BorisJohnson says he spoke with Pres.-elect Joe Biden, @angelaeagle asks, “Does the PM now have any advice for his erstwhile best friend, Pres. Trump, whose continuing refusal to accept the results is both embarrassing for him and dangerous for American Democracy?” pic.twitter.com/JHZJdr3hk6

Johnson is one of many world leaders to congratulate Biden on his victory. “The US is our most important and I look forward to working closely together on our shared priorities,” Johnson said in a statement.

Johnson and Trump enjoyed a close relationship over the past several years after Trump extended strong support for Brexit, even as the two leaders disagreed on other issues such as the Iran nuclear deal and climate change.

Trump’s name was mistakenly included in the background of a graphic Johnson tweeted out congratulating Biden on his victory. Johnson’s office blamed a “technical glitch.”

“As you’d expect, two statements were prepared in advance for the outcome of this closely contested election,” Johnson’s office told the Associated Press. “A technical error meant that parts of the alternative message were embedded in the background of the graphic.”