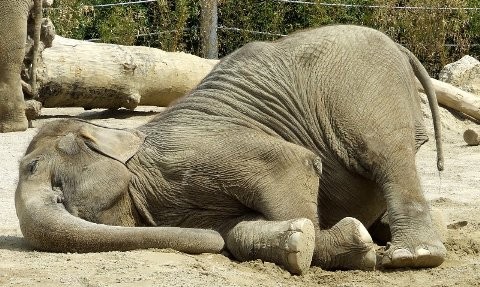 Botswana has cancelled the licences of two professional hunters who shot dead a research elephant.

Botswana lifted a ban on elephant hunting in May, citing growing conflict between humans and the animals.

However the elephant, which was shot last month, had been collared – giving it protected status as a research elephant.

In a statement on Saturday night, the government said: “The period of the surrender of Mr Potter’s license is indefinite while Mr Sharp’s license will be surrendered for a period of three years with immediate effect.”

It did not provide information about the nationality of the two men. Neither of the men were available for comment.

The two men have also been ordered to replace the elephant’s destroyed collar, the government said.

It is not clear how the elephant’s collar was damaged.

According to an earlier government statement, the hunters said they had not seen the collar because “the elephant was in a full-frontal position”.

“Once the animal was down, they realised it had a collar on it placed for research purposes.”

However, Neil Fitt from the Kalahari Conservation Society questioned this, telling AFP that elephant collars are “extremely large”.

Meanwhile, Reuters news agency reported that the two men had destroyed the collar in an attempt to hide the evidence. 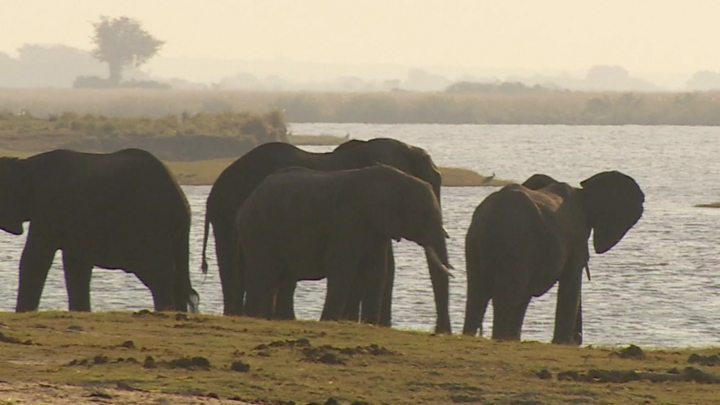 Last June Botswana President Mokgweetsi Masisi set up a committee to review the hunting ban imposed by his predecessor Ian Khama in 2014.

Officials said the move was driven by increase in human and wildlife conflict.

Elephants can be very destructive when they encroach onto farmland and move though villages – destroying crops and sometimes killing people.

There are some 415,000 elephants in Africa, according to the International Union for Conservation of Nature (IUCN), with the population having been decimated largely due to poaching for ivory.