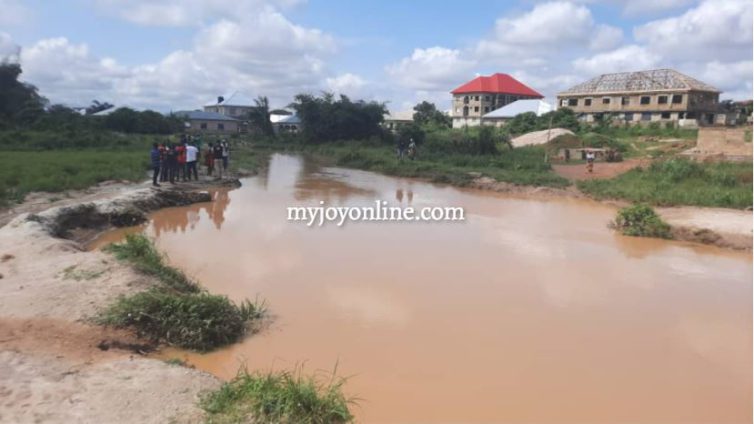 Christopher Andofo Junior, who went swimming in the company of two friends, is alleged to have been carried away by high currents of the water following recent rains.

The two swimming partners who took the police to the scene of the incident are still traumatized.

Relatives of one of the children say they do not see their son recovering from the trauma immediately.

According to them, a few minutes into the swimming, they realized their friend was drowning but their efforts to rescue him were unsuccessful.

“When we got information that a boy has drowned, we called in divers. They searched for hours but were not successful. But we believe the body hasn’t been washed afar”, Ali is a resident.

Father of the missing boy, Christopher Andofo, says his son’s said he was joining others to play football within the vicinity.

The children walked for at least 15 minutes to the stream which is located in an area under development.

Residents here say children from other areas frequently ignored warnings to swim in the stream.