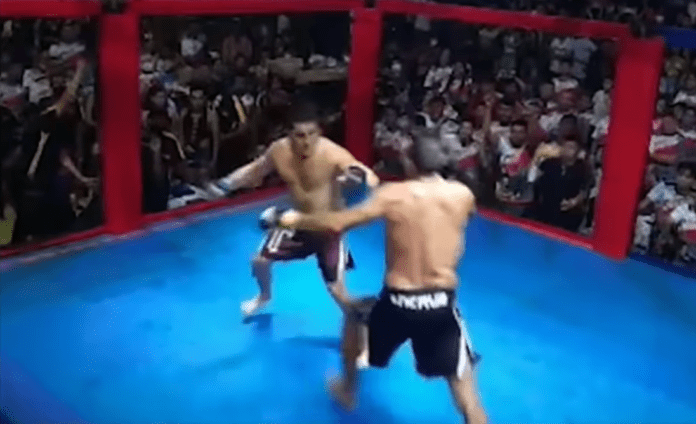 Who needs debates when things can be settled in a cage! Case in point, two politicians in Brazil decided to settle their differences through a 3-round MMA fight.

Simao Peixoto, mayor of Borba, participated in a 3-round slugfest with his political rival, Erineu Alvas Da Silva, a former councillor in the area, TMZ reported. 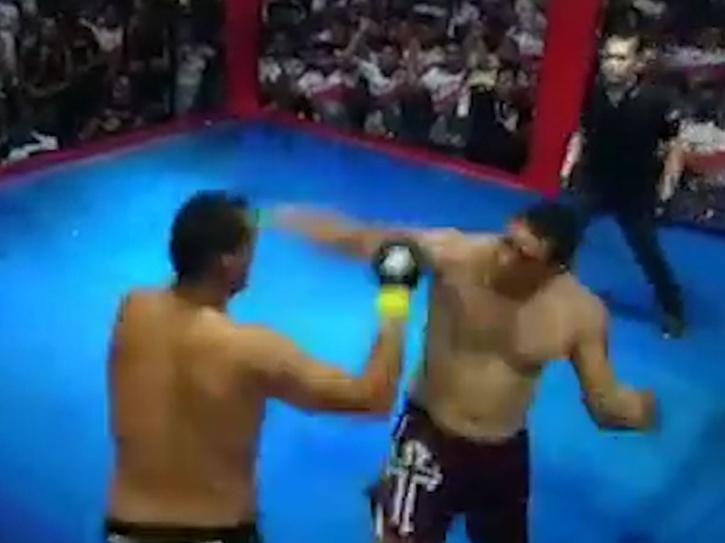 Da Silva has been critical of Peixoto and had blasted his leadership online, even going as far as to call him a “scoundrel”.

According to local reports, Da Silva wasn’t happy with the mayor’s handling of Balneário do Lima, which is a park in the city.

And in a video posted online, the enraged ex-councillor challenged the mayor to a fight.

It didn’t take long before Peixoto responded with a video of his own accepting the challenge, facing the camera with a stoic face and fists at the ready.

On his Facebook page, he wrote: “I’m not a street fighter … I’m the mayor of the municipality of Borba. But if he really wants to fight … we’re ready to fight … I’ve always been a winner.”

It was decided that it would only take a fight to settle the disagreements.

The fight saw both men throwing everything at each other as the roaring live crowd cheered on from the sides.

The political rivals can be seen running around the ring as they try to land a hit on each other and a referee watches.

In a keenly-fought battle, it was the mayor who emerged victorious after three rounds. 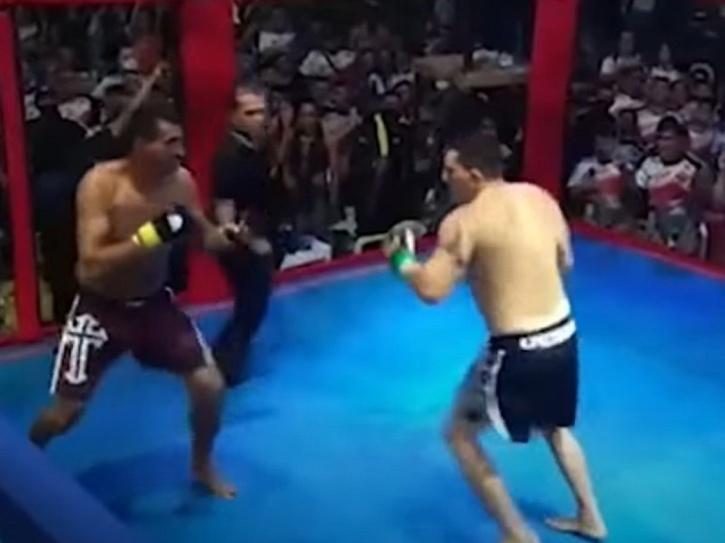 Despite Da Silva managing to take the mayor down twice – once with an early right jab, once with a third-round leg sweep – the judges declared Peixoto the winner.

At the end of the fight, Mr Peixoto reportedly said that he had accepted the ‘challenge’ from his main rival so as to encourage people to take up sports in the city.

However, spectators in the crowd reportedly shouted ‘stitch up’ following the result, according to Fato Amazônico.

From debates to cage fights, politicians have come a long way. But then, who is surprised?