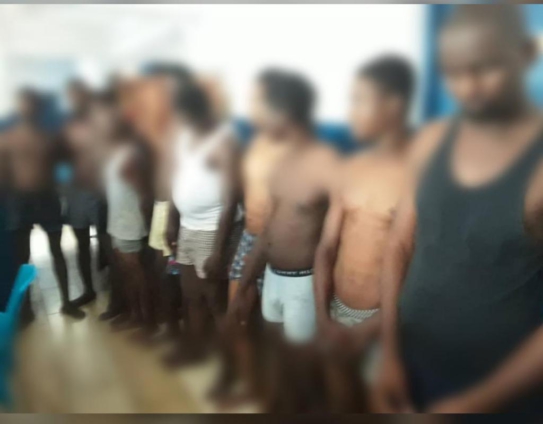 The Accra Regional Police Command has embarked on a swoop leading to the arrest of 215 suspects who are believed to have information about those behind the recent attack on bullion vans.

The operation follows the recently recorded cases of violent crimes in Accra involving a bullion van attack near James town which led to the killing of a police officer and a bystander Monday, June 14.

There were robbery incidents at Pig Farm in which a 43-year-old man was killed. Also, robbers attacked the Honeysuckle forex bureau, which is close to the Police Headquarters.

The three-day operation which began on Thursday and ended on Sunday also rounded up 17 women.

The ages of the suspects range between 17 and 52 years.

Though this is part of a series of exercises by the command since the beginning of this year, the three-day operation forms part of efforts to fight violent crimes, drug peddling and street robberies.

The operation also targeted and impounded 168 motorbikes, believed to be used in facilitating the robberies.

The arrested suspects have been detained and undergoing various levels of screening for possible connection to recorded crimes under investigation.

“The Accra Regional Police Command remains resilient and assures members of the general public of providing maximum security as it opens its doors for continuous public cooperation and volunteering of useful information in stemming the ties, ” the Police said.