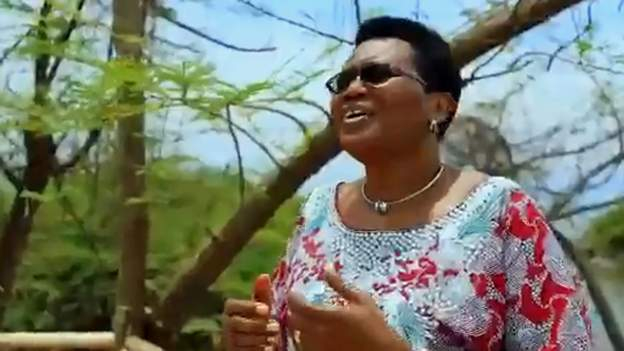 Burundi’s First Lady Denise Nkurunziza has released a song to campaign against the abuse women face when they cannot get pregnant.

The video clip opens with a scene of a wife welcoming her husband home and inviting him to eat dinner, only to be spat at and beaten up by him.

“Your belly is always full of beans, while other women’s bellies are full of babies.”

She strikes a conciliatory tone, explaining: “You only know for sure about infertility after seeing the doctor.

“Infertility can happen to men or women.”

In the next scene, the first lady then breaks into song, dancing alongside other dancers and musicians.

“Women are not created just to be called mothers. They are capable of much more,” the chorus goes. 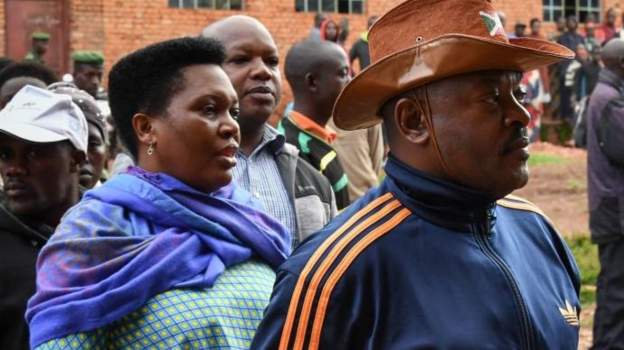 Mrs Nkurunziza, who has been married to President Pierre Nkurunziza since 1994, called on husbands to support their wives.

“Fertility involves two people and infertility should not be a source of conflict,” she sings.

The first couple, who have five children together and have adopted several others, are known to be religious and regularly organise prayer gatherings.

Mrs Nkurunziza, who once worked as an immigration officer, is an ordained pastor.

Her newly released song – Umukenyezi Arengeye Kuvyara Gusa (A Woman is More than Just Giving Birth) – which was shared on WhatsApp earlier this week seems to be the first time she has sung in a secular video. Mrs Nkurunziza has sometimes featured in religious tracks, featuring a church choir.

The four-minute plus video has also been shared on Facebook:

The first lady has won praise from many on social media for the message in her latest video, though some have said men can also face abuse from their spouses.

In Burundi’s patriarchal society, couples are made to feel ashamed if they do not have children – and their infertility is usually blamed on the woman.

Some couples even break up as a result.