China-Taiwan tensions: We will not bow to Beijing pressure, says leader - MyJoyOnline.com

China-Taiwan tensions: We will not bow to Beijing pressure, says leader 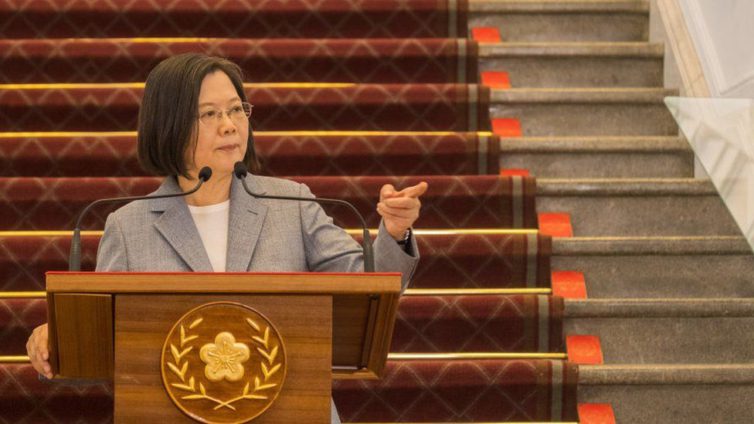 President Tsai Ing-wen says Taiwan will not bow to pressure from China and will continue its democratic way of life, as tensions over the island continue.

“The more we achieve, the greater the pressure we face from China,” Ms Tsai said.

Taiwan considers itself a sovereign state, while China views it as a breakaway province.

Beijing has not ruled out the possible use of force to achieve unification.

China has sent a record number of military jets into Taiwan’s air defence zone in recent days. Some analysts said the flights could be seen as a warning to Taiwan’s president.

Ms Tsai said Taiwan was “standing on democracy’s first line of defence”. The island could not be forced to take “the path China has laid out for us”, which she said did not offer freedom, democracy or sovereignty

China’s military flights into Taiwan’s air defence zone had seriously affected national security and aviation safety, she said, and the situation was “more complex and fluid than at any other point in the past 72 years”.

Taiwan would not “act rashly” but would bolster its defences, she said.

She repeated an offer to talk with Chinese leaders on an equal footing, a suggestion Beijing – which brands her a “separatist” – has so far rejected.

Ms Tsai was re-elected by a landslide last year on a promise to stand up to Beijing. Her speech was followed by a fly past of Taiwanese fighter jets.

On Saturday China’s President Xi said unification should be achieved peacefully, but warned that the Chinese people had a “glorious tradition” of opposing separatism.

“The historical task of the complete reunification of the motherland must be fulfilled, and will definitely be fulfilled,” he added.

Despite the recent heightened tensions, relations between China and Taiwan have not deteriorated to levels last seen in 1996 when China tried to disrupt presidential elections with missile tests and the US dispatched aircraft carriers to the region to dissuade them.

The US has a longstanding “One China” policy under which it recognises China rather than Taiwan.

But this agreement also allows Washington to maintain a “robust unofficial” relationship with Taiwan. The US sells arms to Taiwan as part of Washington’s Taiwan Relations Act, which states that the US must help Taiwan defend itself.

In an interview with the BBC this week, US national security adviser Jake Sullivan said the US will “stand up and speak out” over any actions that may “undermine peace and stability” across the Taiwan Strait.