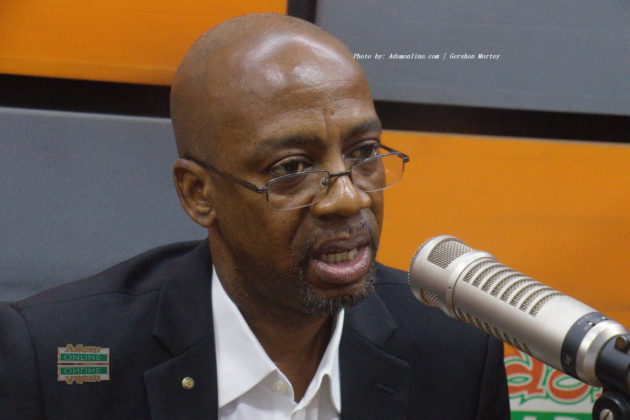 The former Board Chairman of the Ghana Music Rights Organisation (GHAMRO), Rex Omar, has condemned assertions that executives of the group have been misappropriating funds.

According to him, persons who claim to have evidence that GHAMRO is not making judicious use of their money should trigger legal actions to seek accountability.

Responding to some claims Akosua Adjepong made concerning the collection and distribution of funds by the organisation, Rex Omar exhorted her to avoid badmouthing and seek better understanding of issues before making public pronouncements.

He added that the musician must allow persons elected to lead the group to do their work because she cannot, in any way, execute a single task when given same opportunity.

Rex Omar noted that the GHAMRO Board members are striving to be transparent and accountable. However, some people have made up their minds to not pay attention or believe whatever is being said.

“In this life, there are two groups of people – there is somebody who says ‘I don’t know [understand] and explain to me’ and then somebody who would also say ‘I don’t know but whatever you want to explain I don’t care [about it]; I’ve made up my mind and this is what I think.”

“We have majority of people like that. One of them like Akosua Adjepong. Since Kojo Antwi’s time, she’s been going from television to radio stations saying ‘GHAMRO is stealing money, I have documents. If you have a proof that anybody has stolen GHAMRO money, it’s criminal. Take those documents, report and let the person be arrested; then, you have a case.”

He stated that people cannot jump “from one radio station to another” making accusations just for the sake of it.

Earlier, Akosua Adjepong said on Accra-based Onua TV (in Twi) that, “If you are a spinner and members of GHAMRO come to collect your fees, ask them to show their licence before you make the payment. Because they are spending and misappropriating our money. Rex Omar is the worst, he’s the worst Board Chairman I have ever witnessed. Now, Papa Yankson too is gone – GHAMRO used to give such legends only ¢100 monthly for something they call welfare. I don’t even know if they still pay same amount today.

I don’t know why the Attorney-General is still not closing down that office? Why should musicians die poor?”

DISCLAIMER: The Views, Comments, Opinions, Contributions and Statements made by Readers and Contributors on this platform do not necessarily represent the views or policy of Multimedia Group Limited.
Tags:
Akosua Agyapong
Ghana Music Rights Organization (GHAMRO)
Rex Omar