Corporate Powers: 3 Reasons why nobody gets you angry but yourself 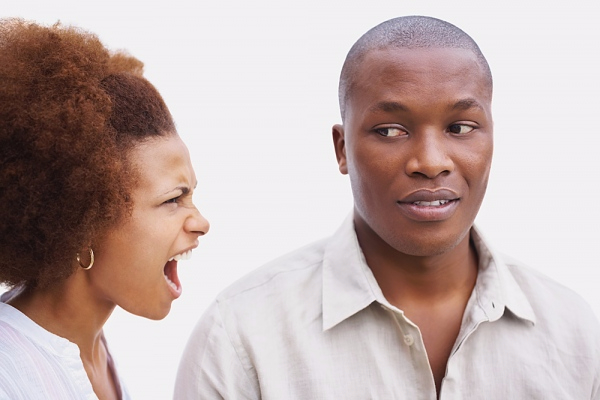 A very innocent word, however, it has for some time now assumed a violent posture because of the way some persons apply it.

Many, hitherto, brilliant careers have ended for many people because they were not able to “manage” their anger at the workplace and/or in the public space.

An investigation into the reasons behind their anger would reveal the reality we have failed to come to terms with that “Nobody can ever get you angry”.

The fact is, all of us, in our response to what people say about us and/or do against us, get angry for nothing.

There’s no need to be angry at anyone, however seemingly reasonable your case may be. If ever you want to be angry, it should be about your sordid or stale situation in life and about why you have for decades mugged yourself of the fortune your life requires.

Imagine how much we will achieve individually and/or together if we, every one of us, learn to direct our anger at the right things and not at our fellow human being.

In this piece, I will go behind the veil to explain why you get angry and to discuss why nobody gets you angry ever in the first place.

I see attachment as the fondness of one to something, himself, and/or a relative.

The truth is, this is the number one cause of anger among many people in this world. We are so much attached to the very things we owe and the people we are related to that when something happens to them we feel it deep in our skin.

When someone intentionally or unintentionally step on you, you are likely to get angry. What do you think is the cause? It is simple. You see your body as you. There are some people who will cry the loudest when they suffer some form of cut or injury as though their healing depends on how much noise they could make.

Now I am not suggesting you abandon your body. All that I am saying is that your body is not you. The real you is inside that body. Can anyone driving a car say he is the car? Yet people scream when their car runs into a pothole as though they are the car. The genesis of our anger comes from this.

There was a time I mistakenly dropped a friend’s phone on the ground. She was so mad that the red spots inside of her eyes merged into the white to form an all-red eye. She foamed in the mouth and seethed with anger because of what happened. It was harrowing and terrifying that I had to offer an apology before she forgave me.

Whatever you have, owe, and whoever you know is in your life because you a keeper. You don’t owe anything in this world. You are the caretaker of whatever you have right now.

You will need to detach yourself from the “properties” you owe and begin to see yourself as a soul that’s here for a purpose. Someone will say the economic challenges have compelled him to jealously guard his belongings against possible attack. My simple response to that person is: Will you take your properties away when you change body [die]?

If you learn to detach yourself from whatever you “owe”, you will begin to appreciate the truth that nobody gets you angry.

#2: Absence of knowledge about oneself:

It may sound funny, but to me, it’s tragic to hear about people who claim to know themselves yet will cast aspersions, swear, and destroy properties which came handy because they are angry.

When someone say something against them or disagree with their argument, anger begins to gather in their heads and later arrest them leading to the mad behavior they exhibit.

Often, we assume such persons are simply angry but they are not. The reality is that they are mad because it is only mad people who cannot control themselves.

However, when you know yourself, and believe in the abundance of your potentials, you wouldn’t be angry when some say something against you. And when they disagree with you, instead of getting angry, you will see it is an opportunity to be prepared for future criticisms. And unknown to some avowed critics, their many chastisements are meant to straighten, strengthen, and build you up.

Imagine something went wrong at the workplace and a colleague chances on you. He looks at you from the ground up and shouted: “Are you stupid?”

What do you think will be your reaction?

Well, I know this is an enough ground for someone to begin behaving like a fetish priest. The tragedy is that often those of us who believe we know don’t really know.

You need to know yourself and aim for that knowledge nobody else will get about you without your permission.

What people say about you is largely not what others tell them about you. It has a lot more to do with what you failed to tell them but showed by your actions.

Our expectations on people are as high as the tower of Babel mounted in the days before Christ took on the human body. We expect so much from people that when we are disappointed it becomes an avenue for us to get angry.

When our partners, coworkers, bosses, parents, and children fail to act on their promises made to us, we drop all form of sanity and begin to yell at them. What we oft fail to comprehend is we cannot expect too much from people than they are able to do.

Now it’s good to apply the tools in motivation to prop up the potentials of our significant others, but in the same measure, we need to open ourselves up for disappointments.

Disappointment is one of the realities of our world. You need to embrace it. It's likened to a guest. It doesn't stay forever.

Lower your expectation guard on your friends, parents, partners, and children and you will begin to appreciate why nobody can ever get you angry ever in your life.