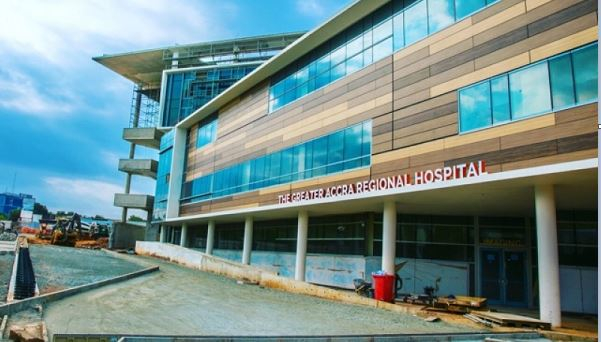 A young couple is pleading with medical professionals at Greater Accra Regional Hospital to provide them with details into the mysterious disappearance of their newborn child.

On May 10, John Gabulja says he received a phone call from his pregnant wife who was experiencing stomach pains. She was 31 weeks pregnant.

He left work and rushed to her side, then proceeded to the Ridge Hospital. Shortly after being admitted, she delivered twin girls, but because they were born premature, they were placed in incubators.

Doctors told the couple their children would be monitored there until further notice, Gabulja told Joy FM’s Daniel Dadzie on the Super Morning Show, Thursday.

Six days later, instincts told Gabulja to check on his twins at the hospital. Upon arrival, he was informed that the oldest of his twins was dead.

“It cannot be possible. My child cannot be dead,” Gabulja recounted telling doctors. “No one told me beforehand.”

He was then told that the surviving twin would continue to be monitored to prevent her from contracting an infection.

Distraught and devastated, Gabulja demanded answers. He scheduled a meeting with doctors requesting for his baby’s corpse. But instead, he says, doctors would not oblige. He was only advised to sign a document stating that he’d been counseled on the matter.

Gabulja grew worried that he was losing control of the situation. He was running out of options, so he called his wife.

“In our tradition, we don’t mourn the death of a child in front of others,” he said. “I called my wife and said she shouldn’t cry.”

Days passed with no answers. When he went back to Ridge to inquire, he said the doctors dodged his questions and attempted to divert his attention to the living twin, who was still in an incubator.

“I don’t deal with dead bodies,” Gabulja said a doctor told him.

Gabulja replied, “I’m not here to fight. I'm just here to collect my dead body,” he told the doctor.

At the time of this report, the couple has yet to see the body of their deceased daughter.

Ridge Hospital did not immediately respond to requests for comment.