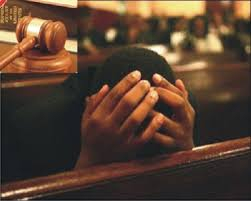 A Tamale Circuit Court has remanded into prison custody five persons arrested in connection with the chieftaincy disturbances that broke out at Kpatinga in the Gushegu Municipality of the Northern Region on Friday, January 24.

They were provisionally charged with rioting with weapons, conspiracy and causing unlawful damage, causing harm and, possessing arms and ammunition in a prohibited area.

The Northern Regional Police Command confirmed on Sunday, January 26, that one person was killed when some youth wielding guns in the area, opened fired at security personnel, who had gone to calm the situation in the area.

The Command said in defense the security personnel also returned fire. The Command said five persons sustained injuries and more than 10 houses were burnt in the incident.

Many residents have fled the town whilst mainly women and children have sought refuge at a clinic in the area.