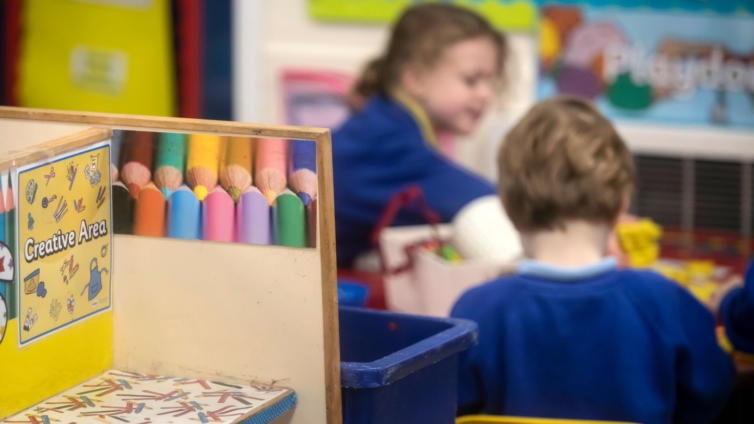 The government is pushing ahead with plans for primary school and older secondary school children to return to classrooms next week, despite calls for a delay following the discovery of the new Covid-19 variant.

Officials from Number 10 and the Department for Education were due to meet on Monday to discuss the impact on schools following evidence the new coronavirus variant spreads more quickly than the original strain.

Millions more people in England entered Tier 4 restrictions on Boxing Day after ministers acted to try and dampen infection rates – although schools can still remain open under the highest level of Covid-19 measures.

There have been demands for the return of pupils after the Christmas holidays to be delayed – including from teaching unions- until later in January, with scientists having warned only keeping schools and universities closed will dampen infection rates.

But Cabinet Office minister Michael Gove told Sky News that – for now – the government remained committed to its plan for pupils to return from 4 January under a staggered schedule.Advertisement

“Our plan is that primary schools will go back but with secondary schools it will be the case that next week only children in Year 11 and Year 13 – those who are doing their GCSEs, their BTECs, their A-levels – those will go back,” he said.

“And also children of key workers and children who are vulnerable and need the support and care that schools that can provide.

“Other children in secondary schools won’t go back for a week after that.”

Asked if the government could be flexible in its plans for schools to return, Mr Gove reiterated the government’s plan to push ahead with reopening schools from next week with enhanced testing.

“We always keep things under review,” he said.

“But teachers and headteachers have been working incredibly hard over the Christmas period, since schools broke up, in order to prepare for a new testing regime – community testing in order to make sure that children and all of us are safer.

“So we do keep things under review but that is the plan.”

Pressed on whether the government was still committed to holding exams in England this summer – despite them being scrapped in Wales and Scotland – Mr Gove said: “Yes, absolutely.”

A recent paper on the new Covid variant by the London School of Hygiene & Tropical Medicine warned that even action similar to November’s second national lockdown across England – in which schools remained open – is “unlikely” to reduce the rate of infection to below one “unless primary schools, secondary schools, and universities are also closed”.

Without the R number falling below one, Covid infections will continue to increase.

Both London Mayor Sadiq Khan and Conservative mayoral candidate Shaun Bailey have called for schools to reopen later than planned in January.

NASUWT, the teachers’ union, wrote to Education Secretary Gavin Williamson on Monday to urge him to allow schools to “restrict onsite provision to pupils who are deemed to be vulnerable, together with children of frontline/key workers, and that such restrictions will apply in the case of those schools and colleges serving communities in the highest tier areas”.

Meanwhile, the Politico website reported the government’s Scientific Advisory Group for Emergencies (SAGE) – led by chief scientific adviser Sir Patrick Vallance – has urged ministers to keep secondary schools closed next month in a bid to dampen the rise in infections.

And infectious disease expert Dr Bharat Pankhania, senior clinical lecturer at the University of Exeter, called for the government to draw up “contingency plans” in case the new COVID variant is shown to be more infectious among younger age groups.

He said the issue was a “big concern”, adding: “If that is the case – we will find when the schools open – we must have contingency plans in place now, in case this comes to be true.

“Which is how we are going to continue with education remotely and keep children safe and not drive up the R number.”

Shadow education secretary Kate Green said: “The government is failing to be honest with parents and pupils about the return of schools in January.

“Parents, pupils and staff will be increasingly worried by the drip feed of media reports saying scientists have advised the closure of schools in January, yet the prime minister has failed to be clear about the advice he has received.

“Labour has been clear that keeping pupils learning should be a national priority, but a litany of government failures, from a lack of funding for safety measures through to the delayed and chaotic announcement of mass testing, is putting young people’s education at risk.”

Conservative MP Robert Halfon, the chair of the House of Commons education committee, has urged the government to do “everything possible to keep schools open”.

Writing in the Sunday Telegraph, he warned there is “no panacea for educational deprivation”, adding: “Thanks to the genius of science, the march of new diseases like covid can be halted.

“But there will never be a vaccine against the lost opportunity and wrecked life chances of a generation.”

DISCLAIMER: The Views, Comments, Opinions, Contributions and Statements made by Readers and Contributors on this platform do not necessarily represent the views or policy of Multimedia Group Limited.
Tags:
Micheal Gove
schools
Schools reopening