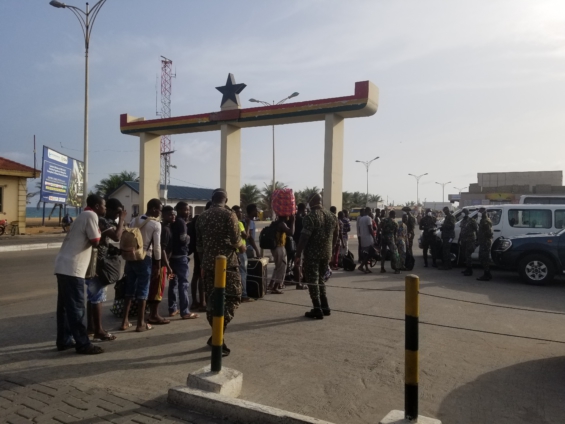 Cross-border commercial drivers have voiced their displeasure with the increase in fuel prices.

According to them, the constant rise in fuel prices is having a negative impact on their businesses by lowering patronage.

In an interview with JoyNews on Friday, the drivers urged the government to intervene by reducing fuel prices to save their businesses.

“They should reduce the fuel price, because we are suffering too much.”

“This car has been here since morning, there is no one inside the car. Because of the lorry fare, they have refused to join the car. The government, I doubt he will reduce the fuel prices or he will close the border back,” one driver lamented.

Another long distant driver said: “Fuel matter is the problem for our drivers, they aren’t getting passengers to move.

“Since morning I have been here from 7.00am as at now, we’ve not moved because there is no passenger. The passengers don’t want to travel because of the fare.”

Meanwhile, President of the Association of Ghana Industries, Dr. Humphrey Ayim-Darke has expressed optimism that the stabilisation of the cedi will have a positive impact on fuel prices.