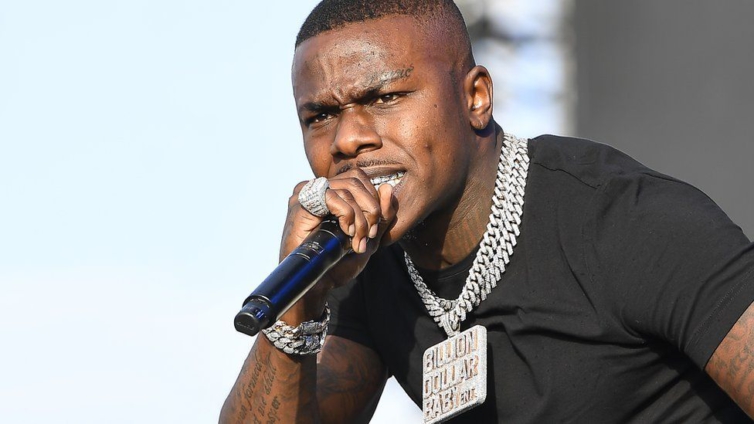 The rapper was nominated for two Grammy Awards last year

Grammy-nominated US rapper DaBaby has been arrested in Los Angeles, charged with carrying a concealed weapon and carrying a loaded firearm in a vehicle.

The 29-year-old – real name Jonathan Kirk – was arrested outside a shop on Rodeo Drive in Beverly Hills.

The arrest came after store security alerted police about a man having a gun on their premises.

DaBaby’s track Rockstar was one of last year’s biggest hits, and his last two albums have topped the US chart.

A spokesman for the Beverly Hills Police Department told BBC News that the star was arrested after he and other males returned to a vehicle.

DaBaby is a rapper and singer from Charlotte, North Carolina, who enjoyed a number one hit in the US and UK last year with Rockstar, featuring Roddy Ricch.

He also received two nominations at the 2020 Grammy Awards – for best rap song and best rap performance for his single Suge. The star previously featured on Camila Cabello’s hit My Oh My.

However, he has also had several brushes with the law since being in the limelight. In January 2020, he was arrested on a battery charge in Miami after arguing with a music promoter over payment for a performance.

Then in March, he apologised online after a video emerged of him hitting a female fan in the face in Florida.