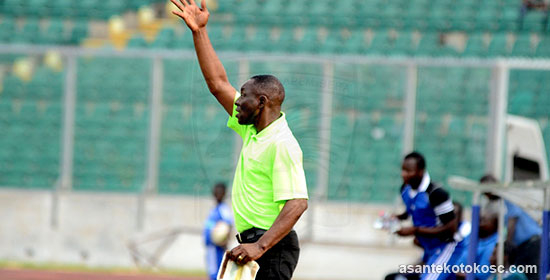 Kotoko coach David Duncan has praised the battling qualities of B.A United after their gallant display against his side in Kumasi.

The Sunyani side rallied from two goals down to level scores before a Richard Mpong brace settled the score in favor of the Porcupines. Duncan after the game admitted his team were put on the edge at some points in the game.

“We anticipated a game like this. I mean right from the blast of the whistle till we got our first two goals,” Duncan said.

“We didn’t sit easy because this is a team that goes by the maxim, he that is down fears no fall and so they didn’t have anything to lose. We were a little bit edgy so they took advantage of that to get two goals. From then on, we calmed our nerves.”

Duncan believes players of the Sunyani could be playing to put themselves in the shopping window.

“At this point in the season, they know their fate is decided, so they went for broke. They play as if their lives depend on it and maybe for some other motivations as well; where their next employers are going to be.”

The result sees Kotoko climb up to third on the league log with two games remaining against Aduana and Hasaacas.