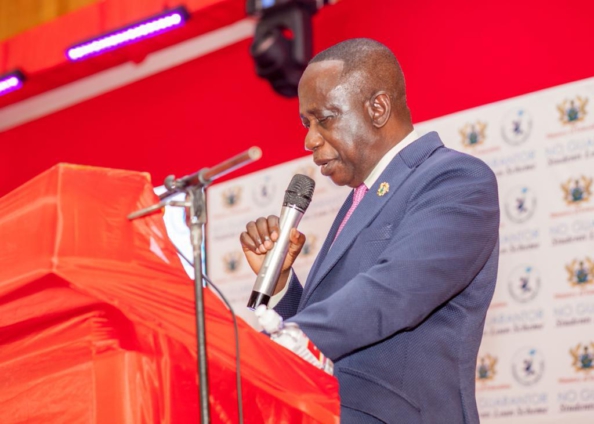 The Chief Executive of Students Loan Trust Fund (SLTF), Nana Kwaku Agyei Yeboah has revealed that persons who have defaulted in repayment of their loans will be prosecuted in September.

According to Mr Yeboah, the person to be prosecuted will include all who benefited from the loan but are yet to repay.

He further stated that beneficiaries who are gainfully employed and have not settled the debt over the period of 10 years will also face prosecution.

The CEO made this known in an interview with Daily Graphic on Monday, August 1.

He said the Trust Fund is compelled to resort to legal actions against these persons as several efforts to remind them have been ignored.

Mr Yeboah explained that this exercise is in accordance with the Trust Fund’s effort to meet its recovery target of ¢70 million this year.

“We consistently keep reminding people through their guarantors, text messages and other communication – emails, etc, as well as publish names and faces on our platforms and in the dailies. They have simply ignored all those and so we are resorting to the final action by sending the recalcitrant borrowers to court, prosecute them to get the money back.

“This month is the final grace period, if they still refuse to do the needful from all the reminders and prompts, September is prosecution time to recover the loans,” he emphasised.

The Students Loan Trust Fund Act 820 (2011) has prescribed various steps that the Trust Fund should take in recovering their loan.

These steps include sending reminders through emails, text messaging and also through their guarantors as well as the publication of pictures and details of defaulting borrowers in the national media.

In regards to this, Mr Yeboah said since prosecution is part of the measures, the Trust Fund in accordance with its Act will “begin prosecution of defaulters” to ensure that the scheme is sustained.

He said the prosecution will target those who have not made any conscious effort to repay their loan.

The CEO indicated that the Students Loan Trust Fund has set aside the month of August to sensitise people on the importance of loan repayment.

“The Student Loan Trust Fund sets aside one month in each year to educate the general public, particularly, beneficiaries of the loan scheme on the importance of loan repayment to the sustainability of the fund.

“The month is also used to disseminate information on the various repayment platforms available to borrowers. This year, the Recovery Month has been slated for August,” Mr Yeboah said.