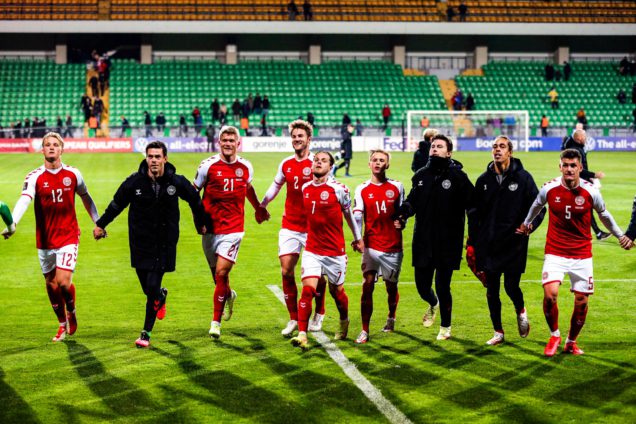 Denmark qualified for the 2022 World Cup in Qatar as they maintained their 100% record with a narrow win over Austria in Copenhagen.

Joakim Maehle scored the only goal for the hosts, with a low effort into the bottom left corner after Thomas Delaney’s superb run.

It deservedly gave the Danes their eighth consecutive victory in Group F.

Coupled with Scotland securing a late win in the Faroe Islands, the result means that Austria’s hopes of reaching the finals are now reliant upon last year’s Nations League performance taking them into the play-offs.