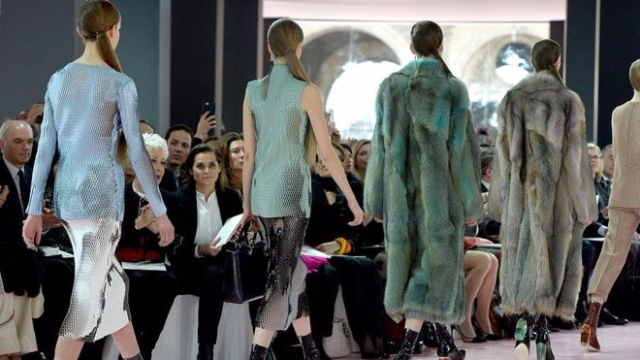 The fashion houses behind brands including Christian Dior and Gucci will stop hiring underweight models for their catwalk shows.

Louis Vuitton Moet Hennessy and Kering made the move amid criticism the industry encourages eating disorders.

The firms will also not use models under the age of 16 to display clothes designed for adults.

"We have the responsibility of building new standards for fashion and we hope to be followed by other players in our sector," said Antoine Arnault, an LVMH director.

France passed a law in 2015 banning ultra-thin models from working in the country's fashion industry.

Kering and LVMH said their charter will go further, adding that models will be given a psychologist or therapist while at work.

Models must also be able to present a valid medical certificate that they are fit to work.

The charter will come into effect before Paris Fashion Week this month.