Disgruntled plane passenger climbs out to wing after delays 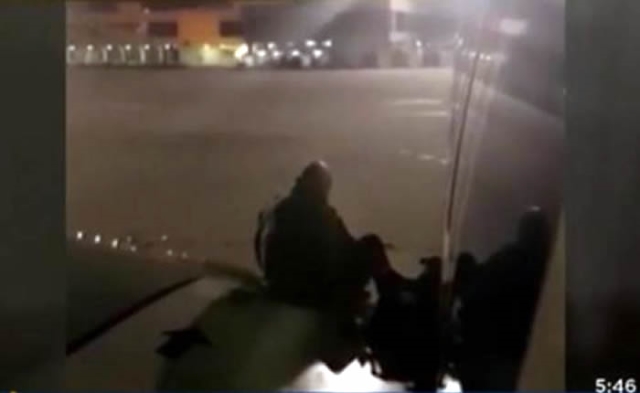 An airline passenger is facing a possible fine after he was filmed climbing from an emergency exit to the wing of the aircraft after a delay in Spain.

Romuald Graczyk, 57, a Polish national, was filmed by fellow passenger Fernando Del Valle Villalobos climbing out through an emergency exit and perching on the wing of the Ryanair plane after the New Year's Day flight was delayed in London for an hour and spent another 30 minutes on the tarmac after landing at Malaga Airport.

Graczyk, who was back inside the plane when police arrived, told officers he had been stressed out by the long wait and needed to get some air. Fellow passengers said Graczyk told them he suffers from asthma and was having trouble breathing.

Police said the man was not taken into custody, but Malaga Airport Guardia Civil Chief Miguel Sanchez said Graczyk could now be facing a fine of up to $54,000.