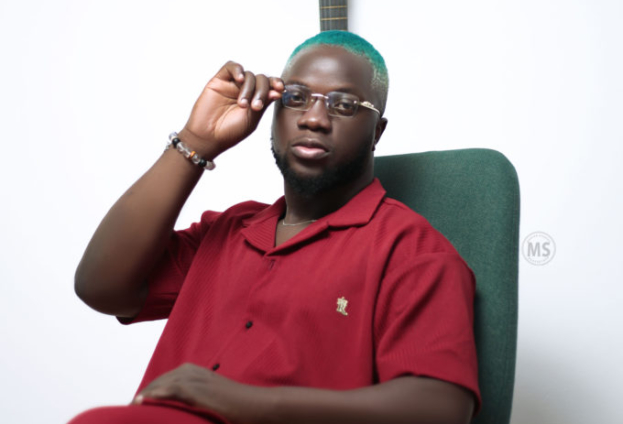 The new host takes over from Dr Poundz who has hosted the show since the exit of the former host, Pope Skinny, a few years ago.

The new host, who has brought the programme’s mojo back since taking over, is Prince Kelvin Eli Kwaku Hlordzi, who is known in showbiz circles as Don Itchi.

Don Itchi is a young Ghanaian musician born and raised at Burma Camp to Mr and Mrs  Hlordzi.

Don had his basic and secondary school educations at Burma Camp where he discovered his music talent.

Itchi first came to the limelight when he participated in Hitz FM-organised reality show, ‘Hitz Discovery’, in 2010 where he emerged as the first runner up.

He also won the “Emerging Rapper of The Year’ award at the Emerging Music Awards in 2019.

Don is himself, a product of Adom FM’s Kasahare Level show, Ghana’s foremost platform that has discovered many emerging rappers across the country.

Don Itchi also holds the record as the ‘Most Battled Rapper’ without a defeat.

He has worked with legendary producers such as Appietus, Kill Beats, Possigee, among others.

He also got the opportunity to collaborate with legendary musicians like Obrafour, Ofori Amponsah, Praye, Mugeez of R2bees fame, among others.

He has had the opportunity of performing at most of Ghana’s most-rated platforms like Sarkodie’s Rapperholic Concert, Stonebwoy’s Bhim Concert as well as performing at Shatta Wale’s Reign album launch.

He has been touted as Ghana’s next biggest rap sensation.

DISCLAIMER: The Views, Comments, Opinions, Contributions and Statements made by Readers and Contributors on this platform do not necessarily represent the views or policy of Multimedia Group Limited.
Tags:
Adom FM
Kasahare Level