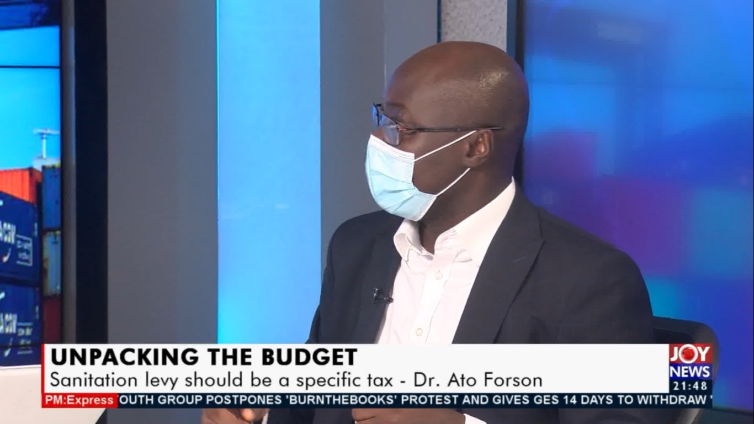 Ranking Member on Parliament’s Committee on Finance, Dr Cassiel Ato Forson has called on the government to ban sports betting rather than imposing taxes on the sector.

He believes the activity is destroying the Ghanaian youth and must be restricted rather than taxing the gaming industry.

“Ghana today, we are complaining that this gambling is destroying our youth. I have read a number of articles on this. I would have thought the government will come out with a policy to restrict gambling and to even ban it,” he said.

Speaking on PM:Express on JoyNews Monday, the Former Deputy Finance Minister said the government should not over focus on revenue mobilisation to the detriment of citizens.

Dr Ato Forson indicated that, “to run a country is not all about money. You need to preserve society as well.”

Government in its 2021 Budget presented to Parliament estimated an annual revenue loss of over GHS 300 million due to leakages in the gaming industry.

The Ministry of Finance and the Ministry for the Interior have been tasked to co-supervise the gaming industry and consult with stakeholders to formulate a comprehensive policy to improve revenue mobilisation from this source.

But the Ranking Member on Parliament’s Finance Committee is proposing that government leverages the Tax Exemption Bill instead of taxing individuals and businesses.

“Exemption Bill alone can rake in 2.5% of GDP. Instead of government of Ghana going back to push that Exemption Bill; they have decided to tax us because that is easy” the MP for Ajumako-Enyan-Esiam said.

Information Minister, Kojo Oppong Nkrumah disagrees with the banning of gaming companies in the country. According to him, gambling has not been one of the activities proscribed by law in Ghana but rather government may exert higher level of taxes on the sector just as it imposes on commodities such as tobacco and alcohol.

“Government is saying that, it is noticeable that the gambling space is opened up with a lot of online betting platforms. Just like it does with the National Lottery Authority, it will like to ensure that the proper taxes are accrued from there. It will be double standards if you are allowing NLA and banning all of these one.” MP for Ofoase-Ayirebi said.

Mr Oppong Nkrumah is skeptical about the prospect of leveraging Tax Exemption Bill as a revenue mobilisation mechanism.

He, however, proposed rolling out of Physical Electronic Devices tax as one of the surest way for the state to raise revenue.