Dr Kwame Akuffo Anoff-Ntow: The goose and the gander; unequal and opposite 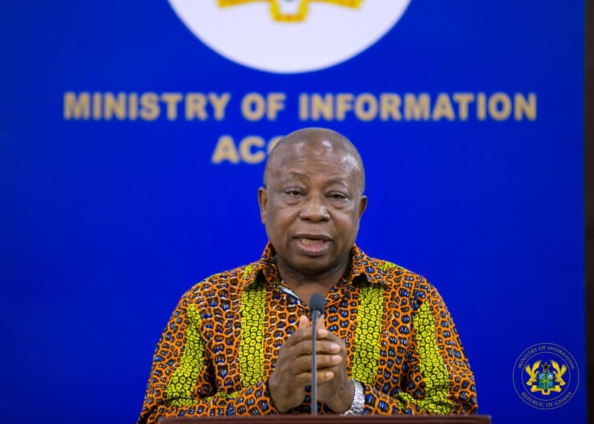 My reaction to calls for Agyeman Manu’s dismissal has been mixed. I find it amusing on the one hand because of the (in)actions of his enablers/supporters and the very lame excuses they have so far proffered. On the other hand, I’m saddened by the efforts to sacrifice principle on the altar of transactional politics and its (un)intended consequence on our institutions of governance.

Not too long ago, Mrs Charlotte Osei was Ghana’s Electoral Commissioner. In spite of her robust defence, and the public perception of political motivation, she was dismissed by the President for “procurement breaches”.

I suffered a similar fate of having my contract terminated “without cause” for implementing a law duly passed by the Parliament of Ghana on TV Licence. Despite overwhelming evidence to the contrary, my board claimed innocence of the policy and in a shameful public stunt coordinated with the NMC, got the latter to do government’s bidding. There was eloquent silence over the matter by some of those screaming their voices hoarse today.

I’m not the only one who finds Agyeman-Manu’s position untenable and regrettable. But I’m one of those who is not surprised at the reaction of his political enablers and supporters. Why? Because over time, I’ve realised that wrongdoing in this country is determined more by the player than the deed. It is for this reason that against the global, best corporate practice, Dr K. K. Sarpong, the CEO of GNPC had a public spat with Freddie Blay his Board chair during which confidential information was freely traded on social media.

What was the consequence? None! Similarly, Frances Essiam, the CEO of Ghana Cylinder Company procured a loan from a bank without her board’s approval to pay salaries. When the Board queried, she locked them out of the office. The board’s legitimate effort to investigate the matter was not only undermined by Asamoah Boateng, the CEO of State Enterprises Commission at the time, the board was rather placed under investigation. Once again, no consequence for the offending CEO.

Then the CEO of DVLA was involved in the unauthorised collection of fees for drivers seeking services. His action was deemed a minor infraction and forgiven by his godfathers.

These happenings demonstrate a number of issues:

If some politicians are eloquently defending Hon Agyeman Manu in spite of his serious transgressions, it only reinforces the notions I have outlined above. I don’t expect the President to fire the minister as he did the Auditor General or the EC. And I’m uncertain what will become of our public outrage.

But whatever happens, I have come to the firm conclusion that under this NPP variant, (we have seen an earlier version) the goose and the gander are unequal and opposite. I have lost respect for some, but I refuse to lose hope.