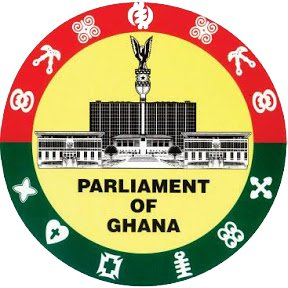 It has emerged at a public hearing of a Public Accounts Committee of Parliament (PAC) that the Eastern Region is leading, among the regions of Ghana, on infractions on the management and utilisation of District Assemblies Common Fund (DACF) and other statutory funds.

The Committee, sitting at the Parliament House, in Osu, Accra, on Tuesday described the situation as not good enough.

“We have gone round the whole country and we noted the infractions are almost the same.

“But the Eastern Region has more infractions than any other region,” Nana Marfo Amaniampong, Ranking Member of the PAC, and MP for Afigya Kwabre North Constituency said.

He made the observation at the turn of some Districts of the Eastern Regions-Nsawam Adoagyiri, Upper West Akyem, Lower West Akyem, Kwaebibirem and Kwahu South at the hearing.

These were to respond to infractions, which included withholding taxes, payments without official documentation, payment of delayed debts and abandoned projects.

One area for which Nana Amaniampong expressed so much worry and concern was the use of monies from the Disability Fund and later reimbursed by the Assemblies.

The Disability Fund makes three per cent of the DACF.

Nana Amaniampong was at a loss as to why the Assemblies would compound the challenges of the physically challenged by taking from the Fund, a situation that makes the monies allotted to the disabled not readily available for them.

The Assemblies, officials from the Auditor General’s office observed, have worked or were working to satisfy the issues raised in the reports.

By the programme released by the PAC, Assemblies in the Greater Accra Region appeared on 14th January and those in the Eastern Region on 15th January.

Volta and Oti regions would have their turn on Thursday 16th January; Friday, 17th January for Assemblies in Western and Western North Regions; and 20th January for some Technical Universities, for the period ending 31st December 2016.

The Public Accounts Committee is a committee of Parliament consisting of not more than 25 members and is chaired by a member who does not belong to the party which controls the Executive branch of Government.

The duty of the Committee is to examine the audited accounts showing the appropriation of the sums granted by Parliament to meet the public expenditure of the government as presented to the House by the Auditor-General of Ghana.