West African health ministers meeting in Ghana have agreed that travel restrictions imposed to combat Ebola should be lifted.

The ministers followed advice from the World Health Organisation (WHO) which said that the restrictions create food and supply shortages and harm efforts to contain the deadly virus.

The WHO says the West Africa outbreak could infect more than 20,000 people.

It says there could be four times more cases than officially registered.

The WHO said it was important that airlines resume "vital" flights across the region, because travel bans were threatening efforts to beat the epidemic. 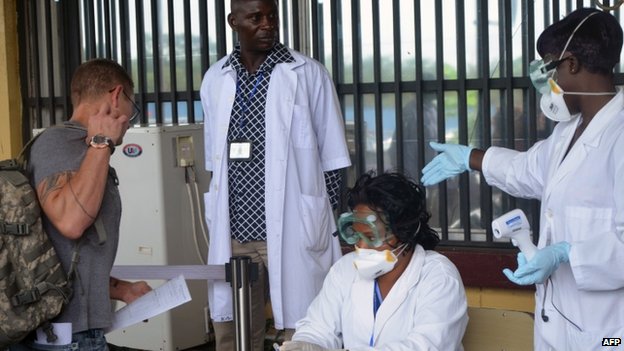 Proper screening will stop the spread of the virus, officials argue 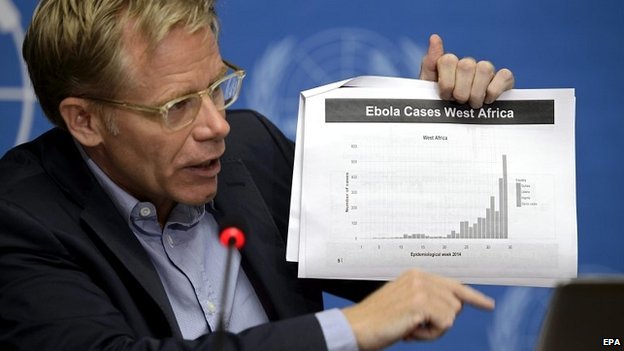 Bruce Aylward, a top WHO official, said the number of cases could be much higher than reported

"This is not a West African issue or an African issue. This is a global health security issue," WHO's Assistant Director-General Bruce Aylward told reporters in Geneva.

It recommends that countries affected by Ebola should conduct exit screening amid concerns that the virus could spread to 10 further countries beyond the four now affected.

The number of deaths from Ebola in Liberia, Sierra Leone, Guinea and Nigeria now stands at 1,552. About 3,000 people are registered with the illness.

Announcing an action plan by the WHO to deal with the outbreak, Dr Aylward said "the actual number of cases may be 2-4 fold higher than that currently reported" in some areas. 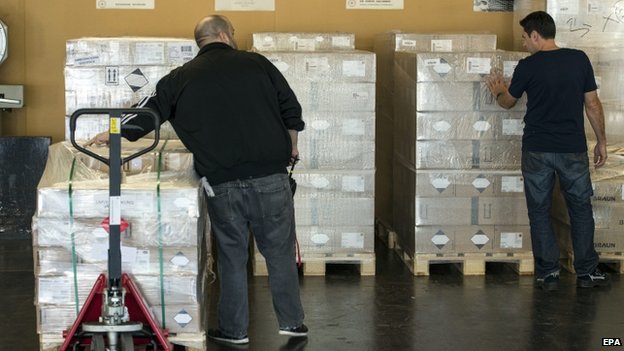 On Thursday, Nigeria confirmed its first Ebola death outside Lagos, with an infected doctor in the oil hub of Port Harcourt dying from the disease.

Operations have not yet been affected in Africa's biggest oil producer, but a spokesman for Shell's Nigerian subsidiary said they were "monitoring the Ebola outbreak very closely".

The health ministers from across West Africa are attending an extraordinary meeting of the Economic Community of West African States (Ecowas) in Accra to discuss how to prevent the virus from spreading.

"Excessive restrictions of travel and border closures will adversely affect the economies of the sub-region," said Ecowas chairman and Ghana's President John Mahama explaining the decision to lift flight bans.

Earlier Mr Aylward insisted bans on travel and trade would not stop the spread of Ebola, saying they were "more likely to compromise the ability to respond".

Despite rumours to the contrary, the virus is not airborne and is spread by humans coming into contact with bodily fluids, such as sweat and blood, from those infected with virus.

GSK says it plans to build up a stockpile of up to 10,000 doses for emergency deployment if results from the trials, which could begin as soon as next month, are good.