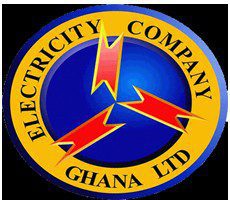 The Electricity Company of Ghana (ECG) says further expansion of its network will face a major setback if its demands for a tariff adjustment are not fully met by the utility regulator.

The company, in a proposal submitted to the Public Utilities Regulatory Commission (PURC) in the first quarter of the year, is asking for a 166% tariff adjustment – which it said is commensurate with the cost of electricity distribution.

In an interview with the B&FT in Accra, an energy economist with the ECG, Ebenezer Baiden, said it would be in the overall interest of the country for the ECG’s tariff demands to be met fully – or at least a greater part of it.

Anything short of that, Mr. Baiden stated, would mean that planned network expansion has to be shelved.

“Currently, the ECG is making negative returns on its tariffs, and the proposal submitted to the PURC requested at least a positive return of about 5%. However, if the ECG doesn’t get what it is requesting, its returns on assets will drop further and provisions made for future expansion of the network will suffer.

“Some projects planned for the immediate future will have to be deferred or put on hold until funds are secured from government or the donor community. Sub-station expansion, interconnecting lines, high and medium voltage lines are some of the projects likely to be affected,” Mr. Baiden said.

According to figures from the National Electrification Scheme, about 72% of the 25.37 million Ghanaians have access to electricity.

A favourable tariff adjustment, Mr. Baiden stated, will allow the ECG to balance its books – which would make it a viable entity in its bid to seek funds from commercial banks for some of its projects.

Last week, the PURC hinted that the power tariff is likely to be raised by around 150 percent.

“Even if the ECG’s tariff demands are not met fully and it’s given a level that can enable it to go to the banks and negotiate for favourable terms on funds for projects, we would welcome that. Going forward, we would then expect tariff adjustments to be done on quarterly basis after the main economic variables have been evaluated,” Mr. Baiden said.

The company faces an investment funding deficit of US$170 million per annum and it’s expecting the proposed tariff hike, when fully granted, to help narrow the gap.

The company needs US$200vmillion of investment every year to expand its operations to match a similar input in power generation expansion by the VRA. However, it is only able to raise about US$30 million internally, leaving a large funding gap of US$170 million.

“The monies we generate internally are not enough to meet the company’s annual funding requirements. So the company has added the investment aspect to the new [tariff] proposal submitted to the Public Utilities Regulatory Commission (PURC),” a senior official of the company told the B&FT last month.

“In order to meet the growing demand, the company needs to continuously invest in new equipment and replace old and obsolete ones. ECG has 1.8 million kilometres of network [cable], 33,000 bulk supply points, and 108 sub-stations. These have life-spans, depending on the load, ECG needs to replace the cables every 10-15 years. There are currently 12,640 transformers and the company needs to add 2,000-2,500 transformers every year in light of the growing demand,” the official said.