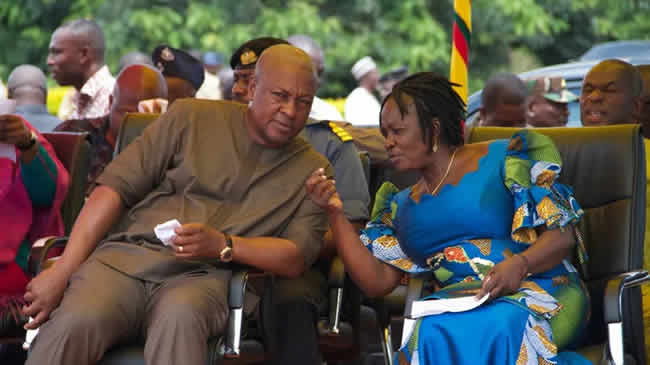 The 2020 elections are over, NDC faces another 4 years in opposition. Obviously, the ticket of John Dramani Mahama permutation Prof. Naana Jane Opoku-Ayemang requires much introspection, analysis and strategic interrogation to determine the structure of the way forward.

Mr Mahama is age 62 in 2020 and Prof. Naana Jane Opoku-Ayemang is age 69. In the year 2024, Mr Mahama will be aged 66 and Prof. Naana Jane will be 73. The 4th Republic appears to establish the eight-year rotation between NDC and NPP. NPP now having secured its 2nd term and projecting for a “break the 8” campaign seemed poised to repeat the processes that secured the victory in 2020 since their methodology appears to have been successfully unchallenged by the NDC. Surely, the blueprint for 2024 just requires fine-tuning.

NDC challenge leading to 2024 is therefore drawn in the sand. The key objective is to win 2024 and secure its eight-year term from 2024 ending in 2032. This objective is likely frustrated by the fact that Mr Mahama only has 1 term of the possible 2 terms in the eight-year cycle. Mr Mahama contesting and winning the Presidency means that he must step down in 2028, leaving the NDC in a disadvantaged position at the 2028 elections.

This is aggravated when you conjecture that his current running mate Prof. Naana Jane if she is maintained at the 2024 elections becomes Vice President, and turning age 77, might not seek to run for the Presidency in 2028. She just might though.

If she decides not to contest then the real possibility that the NDC must introduce two new candidates at the 2028 elections, on the middle of NDC’s eight-year term is a real and present danger. Strategically, therefore, if one analysis these and other factors, the NDC has only a couple of options heading into 2024.

The current campaign seeks to have Mr Mahama elected unopposed as the NDC flagbearer. Should he decide to maintain Prof Nana Jane Opoku Agyemang as running mate, then she will be a poor choice for the running mate because of the following reasons.

ii. High possibility of both the FB and RM candidates dropping after term 1 in the middle of NDC’s eight year term.

iii. NDC having to present 2 new candidates for the 2028 elections.

In this case, NDC’s best bet will be to have a Running Mate who, after the 2024 elections victory becoming Vice President, but becoming the new flagbearer with a clear mandate to power the NDC through the 2028 elections to victory and secure the second term. Such a Running Mate would have to be successfully strategically marketed during the first term.

Will Prof Nana Jane Opoku Agyemang be such a candidate in 2028 at age 77?? Will she have the charisma, fortitude, engaging national appeal and sheer grit of militancy needed to drive the campaign leading to victory in 2028?

In the light of Mr John Mahama as flagbearer in 2024, what are the permutations on the NPP side of the coin?

So perhaps Dr Mahamudu Bawumia is a flagbearer paired with Alan Kyerematen (Alan K) or vice versa. Or some other personality wins the NPP primaries. Assuming that they lose against a Mr Mahama plus Prof Nana Jane Opoku Agyemang ticket in 2024, a Bawumia + Alan K comes back stronger in 2028 against now a Prof. Nana Jane Opoku Agyemang + unknown ticket.

The NDC founder the late Mr Rawlings is gone leaving a vacuum at the very apex of the NDC. Mr John Mahama as the only surviving former head of state under the NDC naturally fills this apex position. It becomes a natural perhaps even a spiritual calling for him Mr John Dramani Mahama.

Should that happen and he then decides NOT to contest the flagbearership of NDC for 2024, an interesting opportunity bears forth.

NDC then has opportunity to choose a brand new team of Flagbearer + Running Mate. This team has the opportunity to serve the NDC through the two-term, eight-year cycle without the catastrophe of a midterm leadership change in 2028 if they win the 2024 elections.

However, for this to happen, calls for great sacrifice on the part of one individual. That being John Dramani Mahama. To sacrifice his ambition to pursue his unfinished one, four-year term.

That sacrifice also means that he must campaign together with the new FB as though he himself were the FB. To lead the new FB to every town district constituency and region, lead the new FB to every Chief, opinion leader, sponsors and financiers of the great NDC party. He will have to campaign like his life depended on it but without the crowning glory of himself being the President when the election is won. It will call for a very great sacrifice for the only person who has individually everything about his ambitions to loose, but like Jesus Christ our lord, he will become immortalised.

Can John Dramani Mahama  after deep introspection make such a sacrifice??

That sacrifice by Mr John Dramani Mahama  will surely galvanise the public consciousness, propel the 2024 campaign, totally defuse anything the opposition can throw at him and guarantee a resounding victory for the NDC.

The time is opportune for the emergence of a new crop of leaders for NDC. The filling in of the position of the Supreme leader or perhaps Godfather (for want of a better title not explicitly defined in the NDC constitution) of the party in light of the loss of the founder Jerry John Rawlings is key to galvanising the cohesion of the party.

HE.JDM having gone through the mill, climaxing as President of the country has the experience, the pedigree and the appeal to guide the party into its next generation.

This emergence of a new leadership of the party has to be led by Mr John Dramani Mahama primarily. The future of the NDC going forward will critically depend on how this process is managed both in opposition and in government.