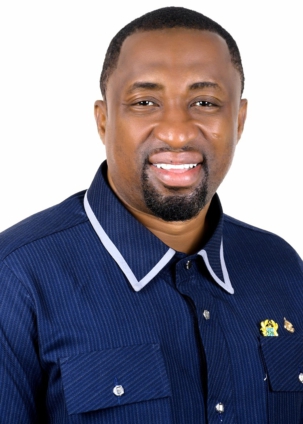 An aspiring National Organiser of the New Patriotic Party (NPP), Bright Essilfie Kumi, has expressed concerns over the influence of money in Ghana’s electoral politics.

According to him, elections are becoming similar to ‘auctions’.

Speaking in an interview with Benjamin Akakpo on the AM Show on Tuesday, he called on the electorates to focus more on the competencies of aspirants, rather than the monetary tokens they will be given.

Mr. Kumi explained that, the inducement of voters with money affects the quality of leadership, hence the need for the practice to be discouraged.

“If we were just doing appointments, we would have assessed certain individuals, knowing very well they don’t fit whatever positions they have been given. But of course what would be happening now is that certain people from an angle have to give mandate to other people, some being motivated by cash, and all that.

“That’s the reality. It’s there. It has come to stay. It’s more or less like an auction, not election. Virtually, we’re running into an auction instead of an election. Because [at] the end of the day, it’s the highest bidder”, he explained. Mr Kumi’s comments were in connection with the NPP’s upcoming National Delegates Congress, which is slated for July, this year.

The Congress will among other things, select a new crop of leaders to steer the affairs of the party.

In that regard, Mr Kumi is hopeful of being elected as the party’s new organiser.

He used the platform to stress on the need for the delegates to desist from being influenced; assuring that if elected into office, he will working assiduously to achieve the party’s goal of ‘breaking the eight’.

Touching on the performance of the current crop of national executives, he intimated that owing to the fact that the NPP lost 32 parliamentary seats in the 2020 general elections, he is of the option that the national executives ‘have not lived up to expectation’.

He further alluded that, based on his tour of the country, he has observed a worrying situation of apathy in the party which should be addressed.