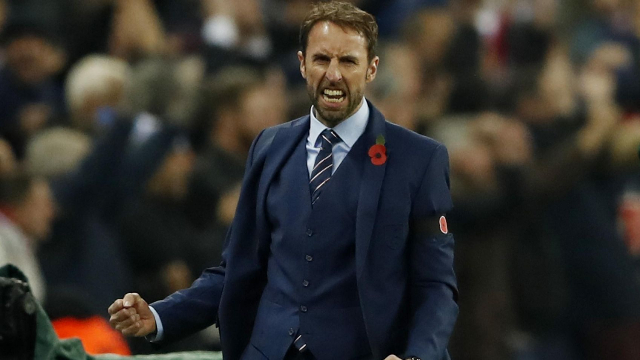 Gareth Southgate has been confirmed as the permanent manager of England, signing a four-year deal.

The news had been expected following Southgate’s interview with the Football Association last week.

Southgate took over as caretaker manager in September, following the departure of Sam Allardyce, and the side has since picked up seven points in three competitive outings in their World Cup 2018 qualifying campaign.

The 46-year-old becomes the third permanent manager for the national side in 2016 after initially filling the void left by Allardyce, who in turn succeeded Roy Hodgson after a dismal Euro 2016, where England were knocked out by Iceland in the last 16.

ðŸŽ¥ With 57 caps for the #ThreeLions and 32 games in charge of the U21s, @GarethSouthgate is now the #England manager: https://t.co/PGSnkJycVy

"I am extremely proud to be appointed England manager. However, I’m also conscious that getting the job is one thing, now I want to do the job successfully," Southgate told the FA's website.

"I’ve thoroughly enjoyed working with the players over these past four games and I think there’s huge potential. I’m determined to give everything I have to give the country a team that they’re proud of and one that they’re going to enjoy watching play and develop. For me, the hard work starts now."

Southgate, who had been the Under-21 head coach before stepping in as caretaker of the senior team, admitted after the 2-2 friendly draw with Spain earlier this month that he had enjoyed taking on the job.

Martin Glenn added: "He performed extremely well during the four games he was in temporary charge and he impressed us during a tough interview process.

"Gareth is a great ambassador for what The FA stands for, he’s a very good football tactician and a leader but beneath that he’s a winner and that’s an important part of the job."

Southgate will have to wait until March 22 next year for his first test as permanent boss, with England scheduled to play a friendly against world champions Germany in Dortmund.