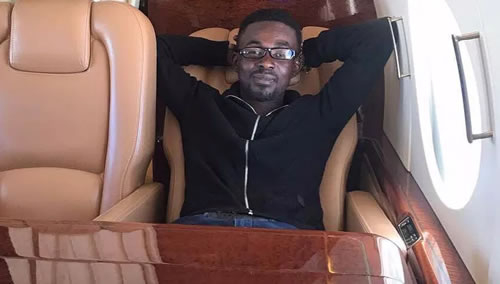 Despite a court warrant declaring him a wanted man for jumping bail, embattled Chief Executive of Menzgold insists his travel plans was not a secret.

Nana Appiah Mensah was emphatic at a press conference in Accra Monday that, he informed the Economic and Organised Crimes Office (EOCO) a day before travelling in December.

But by January 9, 2019, a circuit court in Accra had issued a warrant for his arrest. The police also notified Interpol with a presence in 194 countries.

He was arrested on his return to Ghana in July after prevailing in Dubai’s courts in a different case of a business gone sour. Horizon Royal Diamond owes Menzgold $39million.

Nana Appiah Mensah at his first press conference since his return, the businessman has insisted the self-reconnaissance bail did not bar him from travelling.

He said he went to Europe and Asia to look for funds to pay Menzgold clients. Government has put the figure of locked up investments at a minimum 200m cedis.

But NAM1, as he is popularly called,has urged government to help him collect monies due him in order to pay clients. At the press conference, he beg for three interventions from government.

He wants Menzgold’s account and his personal accounts unfrozen so he could receive and disburse monies.  “I cannot credit or debit any bank account in Ghana” Nana Appiah Mensah told the media.

He also wants government to help the company retrieve monies locked up in Dubai with Horizon Royal Diamond. Menzgold has been shut down since October 2018 following a directive from Securities and Exchange Commission.

But Menzgold has disputed SEC’s jurisdiction and has asked government to help clarify “which government agent or agency has jurisdiction to regulate the activity of a “gold collectible/jewelry trade” in Ghana, just so we can apply for the necessary certifications in other to proceed with our business in a fair and sound manner.”