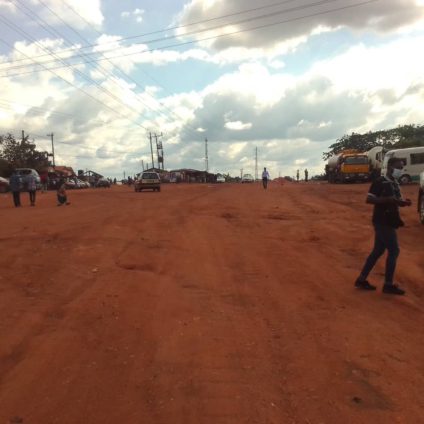 A road contractor has indicated that the Public Procurement Authority (PPA) wrongfully suspended and blacklisted his company over submission of fake documents to bid for a contract.

According to Chief Executive of Markyei Company Limited, Kofi Kyei Baffour, he did not personally submit any fake documents to the PPA, which resulted in the suspension of his company from bidding for public contracts.

Speaking in an interview with Corruption Watch, Mr Kyei Baffour explained that, “on that particular day, I was traveling to Eastern Region. I met Kamar, who I know at Feeder Roads office, Accra. So I told him if he can go and make the payment for me at NIB Bank. The cost is only GHS300. I gave him GHS500 to go and make the payment.

“Use GHS300 to make the payment and GHS200 for transportation. Because he told me he’s going to NIB branch at Accra Cocoa House. And I know that there’s a lot of traffic there”.

In a quest to validate whether the young man made the payment, he said he reached out to him after few days but Kamar failed to produce the bank deposit receipt.

“After some days, I called him to ask him to send me the receipt. He told me he has sent the receipt to PPA office, so when he goes for the certificate, he would come with the bank receipt and the PPA certificate. Because I trust him, I didn’t bother to call him again.”

He followed up again after some days, and Kamar told him he had already gone for the PPA certificate, which, unfortunately, was not the case.

“Then some few months later, Feeder Roads called me and asked me to come. I drove all the way from Kyebi to Feeder Roads office. I met one of the staff. He told me the certificate Kamar brought into my file (sic) was fake. He asked me if I have a receipt from the bank. So I called Kamar in front of the officer. I asked Kamar, where is the receipt? He says he has it in his car, and I told him if he can bring it here right now.”

When all efforts proved futile, he said Kamar finally blocked his number.

He took blame for what happened but noted that if he had done the payment on his own, he wouldn’t be in this predicament.

“My mother told me something, she said if you send somebody it is only your legs that rest, your mind would not rest,” Mr Kyei Baffour recalled.