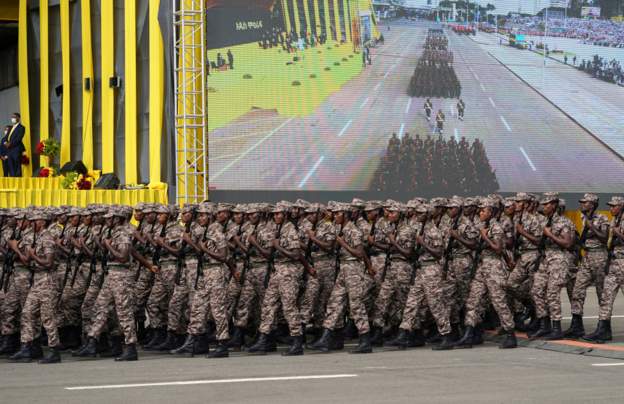 The Ethiopian army has struggled to halt a rebel advance

State media in Ethiopia say the authorities in Addis Ababa are urging residents to register their private weapons within the next two days.

This follows comments by a rebel alliance that it was considering marching on to the Ethiopian capital.

The Tigrayan People’s Liberation Front, the TPLF – which has been fighting government forces for the past year – has now linked up with fighters from an Oromo force – giving the rebels a major boost in their ability to threaten Addis Ababa.

A TPLF spokesperson Getachew Reda told the BBC the alliance had already joined up north of the capital.

Rebel advances have sparked a national call to arms by Ethiopia’s prime minister and there’s a state of emergency in the Amhara and Oromia region.