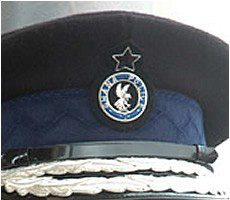 Mr Emmanuel Yaw Blesse, former Deputy Superintendent of Police, on Wednesday appealed to the Judgement Debt Commission to help him receive compensation over his unlawful arrest and dismissal from the Ghana Police service.

He told the Commission that, as a Police Officer with the Crime Office of the Wa Municipality in the Upper West Region, an injustice was meted out to him by the erstwhile Provisional National Defence Council government in 1983.

He said through a radio announcement he was declared wanted and subsequently arrested, leading to his incarceration at the Usher Fort prison, where he spent two and half years.

He said, after his release from prison, he was dismissed from the Service and all attempts to get his job back proved futile.

He said, when the National Reconciliation Commission (NRC) began sitting in 2003 he appeared before it to narrate his ordeal, leading to body recommending to the Police Service to reinstate and to promote him to a higher rank as well as pay him all his entitlements.

However, the Police administration failed to do so.

Justice Yaw Apau, Sole Commissioner for Judgement Debt said the Commission had written a letter to the Attorney General to examine the case in question and comply with the NRC directives.

He said, however, that Mr Blesse could also file a notice of intention to commence an action against the Attorney General to get his entitlements.

Mr Isaac Ofoe Aporonti Acting Commissioner, Customs Division of Ghana Revenue Authority also appeared before the Commission and notified the Commission of his inability to appear as a result of the route march by the security services on Wednesday.

He will, therefore, appear on Monday, August 12.