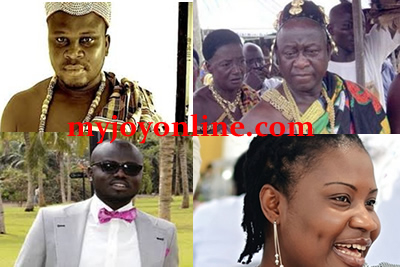 Security expert, Dr Kwesi Aning says the rising spate of brutal killings in the country is set to continue, saying that the phenomenon reflects our changing society.

He attributed the phenomenon to rising tension in society, impatience among people and their unwillingness to use established processes and procedures to resolve differences.

Dr Aning, who is the Director, Fac­ulty of Academic Affairs and Research (FAAR) at the Kofi Annan Interna­tional Peacekeeping Training Centre (KAIPTC) in Teshie, was speaking to The Finder in an exclusive interview on the recent murders in the country.

Some of the people who have been murdered recently are Nana Kwaku Dwoma Ankoana, chief of Seikwa in the Tain District of the Brong Ahafo Region, who was shot; Rosemond Nyampong, a 32-year-old Stanbic bank worker, who was killed at Baatsonaa in Accra; Nii Ayittey Noryatse, chief of Joma, near Ablekuma in the Greater Accra Region; and Fennec Okyere, manager of musician Kwaw Kesse, who was shot dead on the Spintex Road only last week.

The others are 26-year-old vulcaniser Rashid Mustapha, whose body was found at the Aboabo Forest in Tamale; and 29-year-old network en­gineer Nazira Alhassan, who was shot several times in Tamale by an uniden­tified assailant at his residence.

Dr Aning stressed the need for the law enforcement agencies, including the police and the judiciary, to endeavour to adapt to the changing tactics of criminals in order to help check the wanton killings.

He stated that in fast-expanding economies and transforming societies, people seen as stumbling blocks to the success of others, be they land owners, honest public officials or chiefs, are dealt with, adding “people use all means necessary to eliminate those they perceive as standing in their way to success.”

According to Dr Aning, the rapid transformation of the Ghanaian soci­ety has engendered tension and stress, saying that the country’s ability to manage the tensions at all levels through institutional mecha­nisms hold the key to addressing the situation.

He said Ghanaians should expect more of such killings because “crimi­nals always want to exploit tension that arises in a rapidly transforming society.”

“When we say that we are middle income, it is positive but it is not pos­itive all round. As the economy ex­pands, it brings with it tensions since it is not everyone who becomes benefi­ciary of the growth, and this can bring unnecessary pressure on people,” he stated.

He said the public expect the police to apprehend suspects, investigate and successfully prosecute them to gener­ate trust in the institution, adding that “if the courts are perceived to deliver judgement based on facts, it generates trust in the court system.”

Dr Aning tasked the police to res­cue society because “societies that leave in fear are not always the most successful.”

He wants National Security to focus on human security and address issues such as road accidents, flooding and other happenings that put fear in Ghanaians.