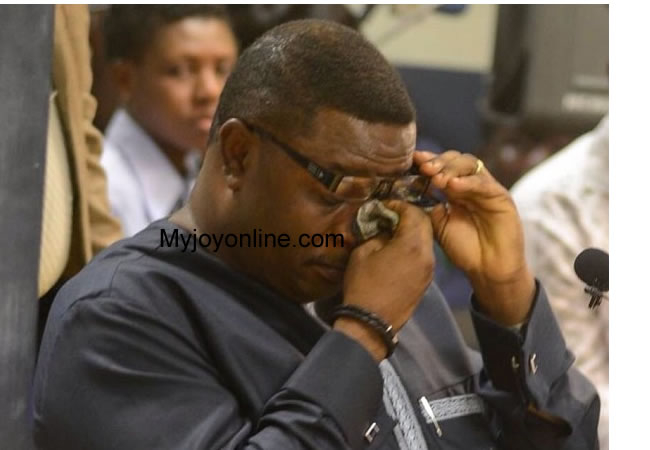 Government is set to pay Zoomlion Ghana Limited over GHC448m for its failure to terminate its contract with a service provider Zoomlion.

The amount is now debt that has accrued as a result of further services which the company claims it has provided the state through the Ghana Youth Employment and Entrepreneurial Development Agency (GYEEDA).

In 2013, Joy News’ Manasseh Azure Awuni uncovered a massive corruption in the agency.

This led to the cancellation of contracts which did not represent value for money analysis done by the Ministerial Impact Assessment Committee set up by government to probe the scandal further.

One of such contracts was the Youth in Sanitation Module which was signed between GYEEDA and Zoomlion Ghana Limited.

The Zoomlion contract, which was signed in March 2011, stated that Zoomlion should be paid GHc500 per person engaged in the youth in sanitation module. Out of this GHc100 would be paid to the workers at the end of the month, and Zoomlion would retain the GHc400 or 80% of the amount as management fees.

Contrary to Zoomlion’s claim that it used the management fees to provide sanitation materials, Manasseh's investigation across the country revealed otherwise.

In Damongo in the Northern Region, the District GYEEDA Director said World Vision had to intervene to give the workers sanitation equipment because Zoomlion had not given them the equipment.

After Joy News’ GYEEDA investigations, the government set up a committee, which submitted its report in July 2013 and among others recommended the termination of the Zoomlion contract.

The President also directed the Minister of Youth and Sports at the time, Elvis Afriyie-Ankrah, to terminate the contract. Coincidentally, Zoomlion’s contract expired in February 2013. On the advice of the Attorney-General, Mr. Elvis AfriyieAnkrah wrote to Zoomlion to suspend the module.

Joy News has evidence that the government continued to pay Zoomlion even though the company had no contract with government.

"…the president directed that the Ministry of Youth and Sports should write to terminate the sanitation contract with Zoomlion Ltd. However, H.E. the President's directive was not carried out to the letter as a resultof which Zoomlion Ltd continued to render services to the State since 2013 to date".

"This situation had resulted in the accumulation of debt amounting to GHC448,150,762 being management services fees due the service provider(Zoomlion). Out of this sum, an amount of GHC62,000,000 has been paid by the District Assembly Common Fund to Zoomlion Ltd"

The report also stated that the Executive Chairman of Zoomlion petitioned President Mahama when the payment stopped.

According to the cabinet sub-committee’s report, signed by the Minister of Employment and Labour Relations, Haruna Iddrisu, Zoomlion pegged the employees under the module at 45,000 people. The cabinet subcommittee endorsed this figure.This means Zoomlion would be paid management fees of GHc18 million.

This raises questions about the numbers because in 2013, there were 37,700 people on the module. At what point were the additional 7,300 recruited? Who recruited them and when the President had directed that the contract be cancelled?

Besides, the GYEEDA Committee also found a number of anomalies with the Zoomlion contract and said the company was overcharging the state.

For instance, the committee said Zoomlion charged the state GHc25 million more than what it should have charged for the provision of tricycles.

“By Zoomlion’s own admission, the cost of a fully fitted tricycle is GHc1,200 and they are replaced every two years. The total number of tricycles in circulation is less than 10,000 (about 6,000). Even assuming 10,000 tricycles, Zoomlion requires only GHc12m every two years to replace them but charges the MOYS GHc37.5m an excess of over GHc25.5m,” the committee’s report states.

It also said Zoomlion charged the state 48.7 million cedis more than it should have charged for the provision of motorbikes for supervisors.

These are serious issues to be considered as government plans to pay nearly 450 million cedis to Zoomlion for services rendered without a contract.