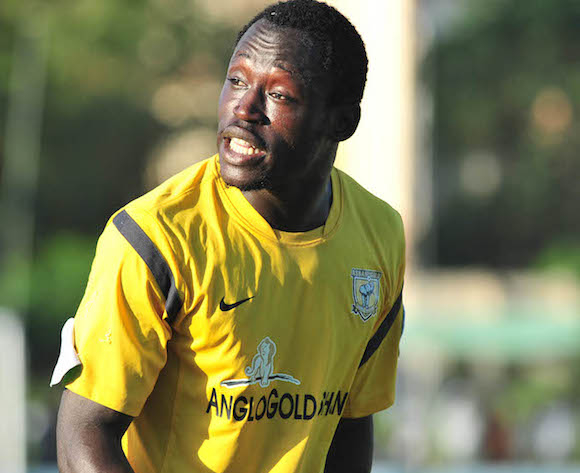 AshGold snatched a vital draw in their push for the 2014/15 FCPPL title away at Berekum Chelsea on Saturday.

The league leaders drew first blood as early as the 8th minute of the match day 28 opening fixture via a penalty converted by striker Yakubu Mohammed. It was his eleventh goal of the campaign.

But diminutive forward Kofi Owusu equalized for Chelsea with a nice header from Justice Anane’s cross on 35 minutes. Chelsea gathered momentum and probed the AshGold defence but were denied by goalkeeper Robert Dabuo who pulled three good saves towards half time.

Latif Salifu came on as a second half substitute and his impact was rightly felt. In the 66th minute, the experienced forward found himself at the right place and capitalized on a mis-communication between Joshua Tijani and goalkeeper Robert Dabuo to give Chelsea a 2-1 lead.

Coach Bashir Hayford, going for the broke threw in more forwards with Didier Kore and Bashiru Osman but it was Emmanuel Osei who will emerge the hero for his side. The striker skilfully weaved past the Chelsea backline only to be hacked down in the penalty area by defender Nicholas Opoku.

A clear penalty offence and referee Desmond Abbey wasted no time in pointing to the penalty spot after his whistle. Osei elected himself and planted the ball in the net – the goal which ensured the Miners will go home with a point from the Golden City Park.

Striker Kofi Owusu who scored Chelsea’s first goal and took his tally to 15, was voted man-of-the-match and was also presented the award for the FCPPL’s Player of the month for July.

With 7 other match day 28 fixtures set for Sunday, AshGold are now on 49 points, four better than second placed Aduana who visit Heart of Lions at the Kpando Park.

CLICK TO READ: Why Hearts of Lions will be this year's kingmakers

CLICK TO READ: This year's league most competitive – Sannie