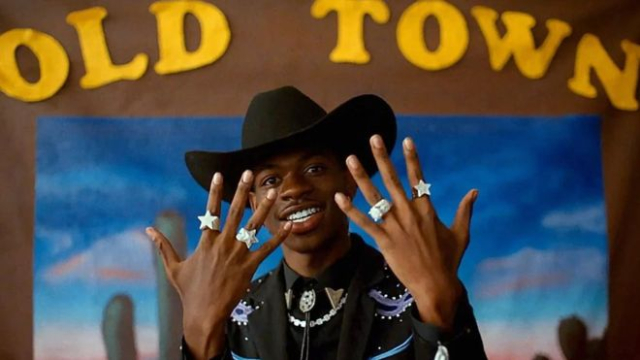 I know, I know. It seems like ages ago. The world’s on the brink of a war with Iran and the Royal Family is in tatters, but apparently the new decade only started 11 days ago.

The preceding 10 years were hardly a walk in the park, either – and musically-speaking, it was a time of innovation, upheaval and disruption.

Observing all these changes were Charlie Harding, a songwriter, and Nate Sloan, a professor of musicology. Before the 2010s, they’d been snobby about pop music. Then, on a road trip, they heard Carly Rae Jepsen’s exquisitely catchy Call Me Maybe.

They were struck by the way Jepsen subverted their expectations of melody and arrangement to create a feeling of awkward nervousness as she asked a guy out on a date.

“Jepsen hesitates before singing the first word of the chorus, ‘Hey,'” they explain. “It’s unexpected, but effective, like she’s working up the courage to say her piece.

The chorus’s underlying chord progression reinforces this feeling, deliberately avoiding the song’s harmonic “home” in a way that makes the listener “feel giddily unmoored,” they add.

Now they have a book by the same name – subtitled “how popular music works and why it matters” – with each chapter studying a basic principle of music through the prism of a single, ubiquitous banger.

We called them up in the dying days of 2019 to discuss the decade’s biggest musical trends, and how they shaped our experience of music. 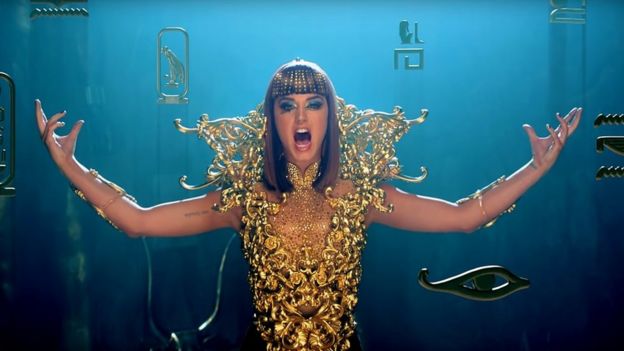 The decade had its fair share of memorable hooks, from Pharrell’s Happy to Sia’s Chandelier – but choruses suffered an identity crisis during the decade.

Take, for example, Katy Perry’s Dark Horse. The bridge builds and builds in anticipation of a climax (Perry even sings “are you ready for a perfect storm?“) but when you get to the bit where the chorus should be, the song disappears down a black hole and you’re left with a spooky synth riff over a pounding bass drum.

“This was one of the most surprising insights we found when researching the podcast and writing the book,” says Sloan. “Since the 1960s, it’s been a tenet of popular music that all songs follow the verse-chorus format, but the last decade has seen a real shift away from the dominance of the chorus.”

In their book, Sloan and Harding trace this phenomenon back to Rihanna and Calvin Harris’s We Found Love. Released in 2011, the song initially behaves like any other pop song, with a verse-chorus structure that culminates in Rihanna singing the hook, “we found love in a hopeless place,” four times.

But then Harris does something unexpected: Instead of circling back to the second verse, the tension ratchets up like a rollercoaster climbing to its apex.

As a synth rises in pitch and snare drums clatter, the excitement builds until, at 1’08”, there’s an almighty crash and the song’s elements unite around a single, fist-pumping groove. And it’s this section, more than Rihanna’s hook, that represents the energetic peak of the song.

This technique – the build and drop – was borrowed from dance music but compressed to fit the pop format, prompting Sloan and Harding to christen it “pop drop”.

“What’s fascinating about the pop drop is it helped introduce people’s ears to a new song form,” says Harding. “It made listeners more comfortable with hearing things that don’t fit into the dominant structure of the past 75 years.”

And so we end up with songs like Dark Horse, or Ariana Grande’s Problem, or the Chainsmokers’ Closer, where the chorus is no longer the focal-point of the song.

“To me, that’s the most exciting development of the last 10 years – the disintegration of the chorus and the slate of possibilities that will open up for artists in the future,” says Sloan.

“It’s very hard to do something like that,” chips in Harding. “Think about drama, for example – it’s difficult to have a play that doesn’t have three acts, because form is often the thing that gives us comfort.

“So even though the pop drop itself might be more of a mid-2010s phenomenon, it’s very important in terms of how it disrupted the standards.” 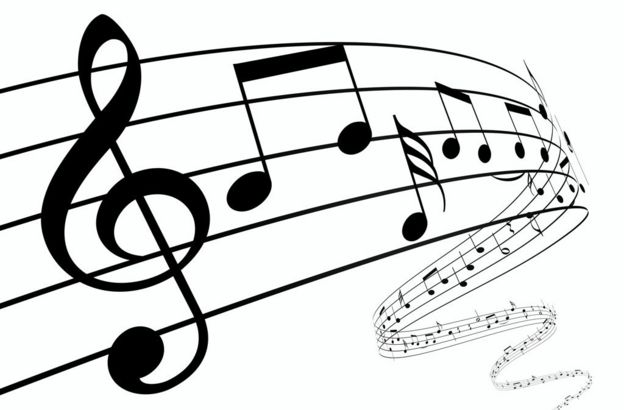 According to research from Quartz, the average length of a song on the Billboard Hot 100 fell from 3’50” in 2013, to about 3’30” in 2018 – and the trend appears to be accelerating. Last year, Lil Nas X became one of music’s biggest break-out stars thanks to his viral hit Old Town Road, a song that’s just 1’52” long.

The downward pressure on song durations is all down to streaming.

“Streaming services incentivise listening to an entire song, because that’s how they calculate payments,” explains Sloan. “And if you listen to the whole song, it increases the likelihood of it being placed on a playlist.”

Furthermore, streaming services pay artists per play – irrespective of how long a song lasts. So every time someone streams Kanye West’s 2010 nine-minute epic Runaway, it generates the same revenue as a play of the three-minute-long Gold Digger. It’s no surprise that his latest single, Follow God, clocks in at 1’45”.

“The trend is definitely towards shorter songs,” hit songwriter Ryan Tedder told the BBC last year. “People are doing two or three things at the same time and if you get three minutes into a song and it’s not almost over, you’re probably skipping to the next song, and that’s just the truth.”

That’s not the only effect streaming has had on song structure. Intros are shorter – some songs even open with a blast of the chorus – and fade-outs are a thing of the past.

“A fade-out, just like a long intro, is another way to lose people’s attention,” says Harding. “It’s a matter of sustaining attention all the way through.” 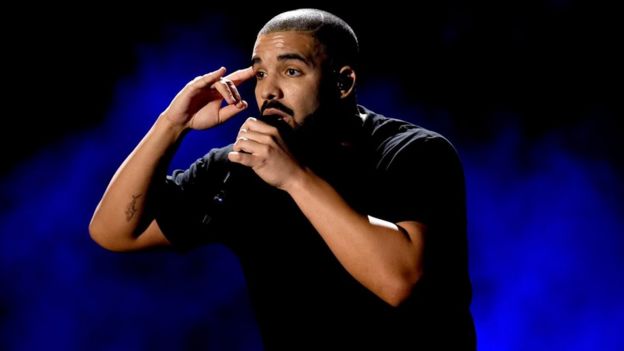 “Drake who is constantly oscillating on the edge of rapping and speaking and singing,” says Sloan

As hip-hop has become the dominant form of music, it’s stylistic tropes have begun to bleed into pop. As a result, you hear artists like Taylor Swift and Ed Sheeran employing the rhythmic cadence of rap, often in melodies that hover around a single note.

The technique gives their songs intimacy and immediacy – it feels like you’re being spoken to – and when they finally soar up the musical scale in the chorus, it’s like a sunlight piercing a darkened room.

Sloan traced this phenomenon back to Outkast’s 2003 hit single Hey Ya!

“We found this amazing quotation from Andre Benjamin, who said he was really nervous to release that song because, at the time, the idea of a rapper singing was unthinkable,” he says. “Now, if you fast-forward 16 years, it’s commonplace. so we really see him as setting that template.

“The other important link in that chain is Kanye West’s 808s and Heartbreak, which really introduced the use of auto-tune as a way for rappers, who may not be comfortable singing, to share their ‘beautiful voices’ with the world.

“And through those two developments, you get an artist like Drake who is constantly oscillating on the edge of rapping and speaking and singing – which in itself is an old technique – in opera it’d be called Sprechgesang.

“So it’s a relatively recent development in pop, but one which might have longer roots in the history of classical music.” 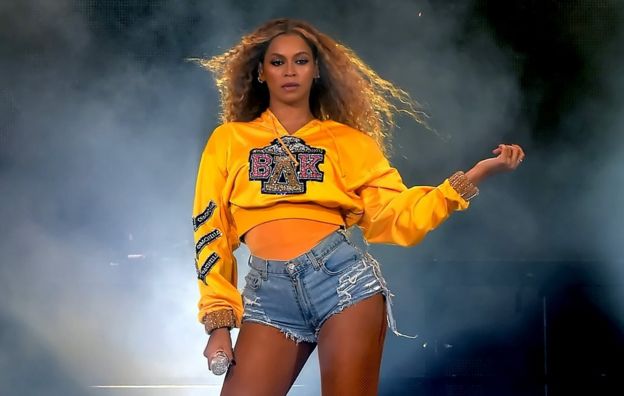 Radiohead got there first, but Beyoncé popularised the idea of surprise album releases

On 13 December, 2013, Beyoncé upended the music industry. Without warning and without promotion, she dropped an entire album – the self-titled Beyoncé – accompanied by 17 music videos.

Three years later, she did it again with Lemonade, a visual album that tackled black identity and female empowerment; and hinted that her husband, Jay-Z, had been unfaithful.

Accidentally or by design, that record was the first part of a triptych, with Jay-Z responding on 4:44; before the couple reconciled on a joint album and tour, titled Everything Is Love.

“And often when we hear the music, it’s really acting as the signifier, the thing that brings us back and ignites our memory about that artist.”

Inevitably, the rest of the industry jumped on the bandwagon, with Drake, Frank Ocean, U2, Rihanna and Solange all firing out “surprise” albums in the latter half of the 2010s.

The stealth approach may only work for artists at a certain level of fame, but it can cut through the noise in an era when 40,000 songs are uploaded to Spotify every day.

“Albums have a shorter lifespan because of the ubiquity of access and the lack of physical ownership,” says Harding. “So capturing the moment of release and making sure people listen is an important part of making sure that [a record] has the maximum lifespan and cultural resonance.

“If you miss the audience on those first few days, it’s hard to come back around.”

5) The resurgence of the Dembow Rhythm

What do hits like Lusi Fonsi’s Despacito, Ed Sheeran’s Shape Of You and Clean Bandit’s Rockabye have in common?

The answer is a drum beat: The lilting “boom-ti-boom-chk” of the Tresillo, or Dembow, rhythm. Originating in Africa, it made its way to Cuba in the 19th Century, where it became the basis for Habenera music, and ricocheted around the Caribbean until it was co-opted into mainstream pop, thanks to its ability to evoke end-of-term excitement and long, hazy days in the sun.

“The prominence of the Dembow rhythm is a really exciting opportunity for us as music historians, because it really reveals the changing state of popular music,” says Harding. “It’s very closely related to the rhythms of the New Orelans’ second line that you would find in early jazz; and it’s something that you can hear in early rock and roll songs like Bo Diddley’s eponymous song Bo Diddley.

“Then fast-forward to 2016 and it’s there again in Despacito. It’s one of these things that travels across decades of popular music.

…What does the next decade hold? 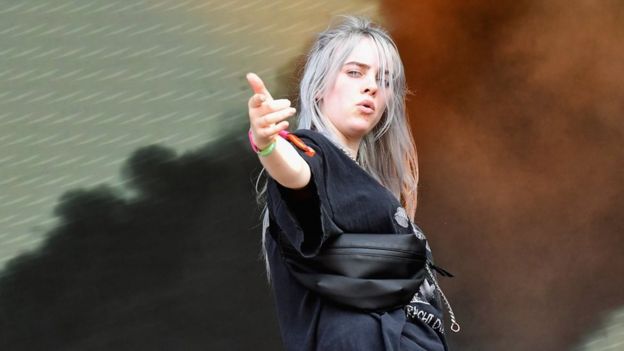 Billie Eilish’s whispered vocals could be the next big trend

Technology often drives musical innovation – from the invention of the electric guitar to the advent of auto-tune. Harding and Sloan suggest that the ubiquity of earbuds and headphones could be responsible for a change in the way singers record their vocals.

“Billie Eilish might be representative of that trend,” says Sloan. “We’re going to hear a lot more voices that are really quiet and really intimate and take advantage of the fact we’re all listening to music on our earphones.

“That whispered-in-your-ear sound shares some of the experience of podcasting – that feeling that someone is speaking directly in your ear.

“And I’d just point out there’s other artists like Lana Del Rey and Selena Gomez – both of them are so recorded ‘in close up’ so it feels like you’re present in the room with them; and I think it’s a very effective quality.”