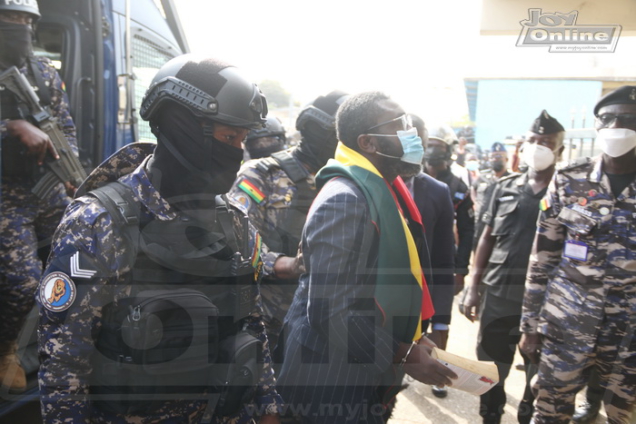 This was in respect of a bail application he filed.

He has through his lawyers assured the court he will show up to stand trial when needed despite the severity of the charge of Treason Felony levelled against him.

Mr. Barker- who was brought in under heavy security, looked calm.

He was arrested and put in Police custody when he arrived from the United Kingdom on the evening of February 11, 2022, over coup comments on his Facebook page.