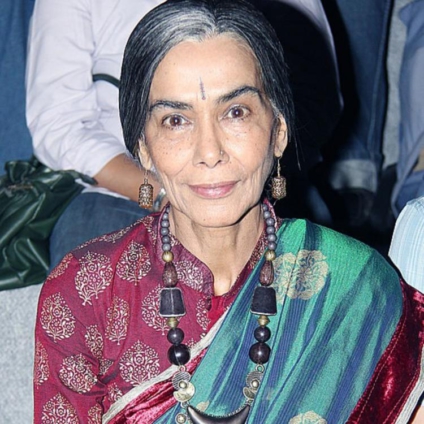 Indian screen and stage star Surekha Sikri has been described as a “top-class actor” and a “force of nature” following her death at the age of 75.

The veteran, known for such films as Badhaai Ho, TV shows like Balika Vadhu and many Hindi theatre productions, suffered a cardiac arrest in Mumbai.

She had been ill for some time, having had two strokes in the past four years.

Sikri, who was born in New Delhi, won her National Film Awards for Tamas, Mammo and Badhaai Ho.

Film-maker Shyam Benegal, who worked with her on Mammo, told the Press Trust of India: “She was such a brilliant actor that whatever role you gave her she would own it.

“She played both sympathetic and non-sympathetic roles with elan. She was a top-class, highly competent actor.”

Neena Gupta, who played the daughter-in-law of Sikri’s character in 2018’s Badhaai Ho, said the actress was one of her heroes.

“I remember when I was a student in the National School of Drama and how we would sneak in and watch her act,” she said on Instagram. “I [thought] I want to become an actress like her.”

Very Sad news !!! One of the greatest talent Surekha Sikari ji passed away leaving behind so many great performances in theatre and cinema!! She was a treat to watch on stage.can’t forget some of those memories of her act in theatre.great craft and a graceful person!! RIP🙏🙏

Indian actor Manoj Bajpayee, her Zubeidaa co-star, said she was “a treat to watch on stage” and “a graceful person”.

Actor and producer Pooja Bhatt described Sikri as “a force of nature if ever there was one”.

“Hence I won’t say rest in peace but rage in peace Surekhaji,” she tweeted. “As you did, during your time on earth!”

Sikri’s manager told The Indian Express on Friday: “She had been suffering from complications arising from a second brain stroke.

“She was surrounded by family and her caregivers. The family asks for privacy at this time.”