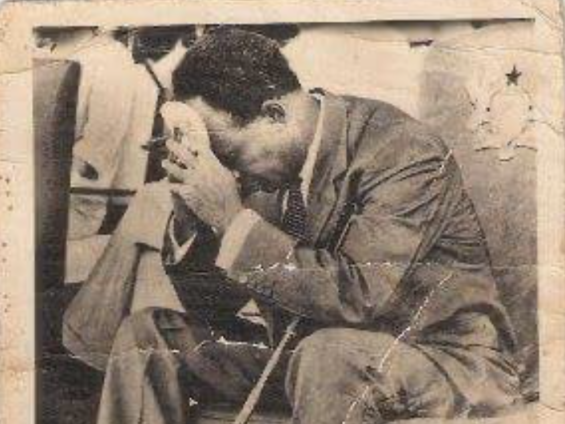 Former Kumasi Mayor, Kojo Bonsu has narrated how living close to former President Dr Kwame Nkrumah, turned into the most traumatic experience he encountered growing up.

According to Mr Bonsu, he witnessed how the Nkrumah government was ousted by the leaders of the National Liberation Council in 1966.

Interacting with JoyNews’ Ayisha Ibrahim on PM Express Personality Profile, he noted that at the age of 4 years, he lived with his elder sister who was married to the Director of State Protocol for Dr Kwame Nkrumah, Kofi Owusu Darko.

Life as a “Presidential son” he said was great until the overthrow of Nkrumah.

At about 7:30 AM on that faithful day, Mr Bonsu said he saw Colonel E.K. Kotoka, Major A. A. Afrifa, Lieutenant General (retired) J. A. Ankrah walk into his house, close to the Flagstaff House with guns.

“Let me tell you a bizarre moment I saw – the 24th February 1966 coup. I saw it. That was one of my terrible moments growing up. It was very traumatic. Early morning around 7:30 AM, I saw General Afrifa, Ankrah, Kotoka, they all walked into our house and that house was very close to the flagstaff house and close to Ghana Broadcasting Corporation.

“I’m sure after making the announcement, they walked to our house because they saw that is where all the key things are so they were looking for my brother-in-law and I was the person who saw them. I saw them holding guns and I was traumatized when I saw them. I was almost 5 years. To be honest with you, I wasn’t very happy and at that time my sister was pregnant.”

He further disclosed that he was locked in a room with his sister and later, were both taken to a relative who resided at North Kaneshie. As at that time, he stated that his brother-in-law had been taken to the Flagstaff House.

“What happened was, she told me to go inside. She took me into the bedroom. We all went into one room and locked ourselves up.

“They had taken my brother-in-law to the Flagstaff house. Around 11 Am during the day, they brought a huge military truck “Abongo”, picked us all up, pushed us in and they took me to my Grand Uncle’s house at North Kaneshie. We were kept there.”

He added that “after two weeks, I saw my brother-in-law and they had given him a position to work with the Foreign Affairs again because he was a diplomat.”

According to him, prior to the coup, he lived one of his best lives. He stated that living close to Dr Nkrumah was interesting because he took strolls with the former President and received sweets from him.

“I had a very interesting childhood. I really enjoyed my childhood. We lived near the Flagstaff house. Every morning on Saturday, Osagyefo would call me and say ‘young man, you are growing’. He always held my head then walk into the Flagstaff House. He would speak to us, give us sweets and walk back home.”