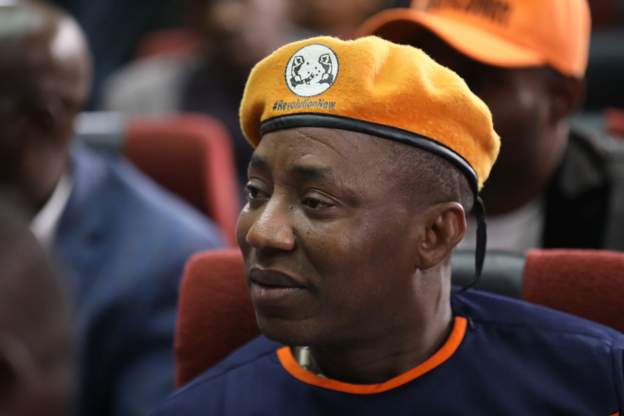 A magistrates court in Nigeria’s capital Abuja has ordered activist and publisher Omoyele Sowore to be remanded in prison custody.

Mr Sowore was charged along with four other activists with Criminal Conspiracy, Unlawful Assembly, and Inciting Public Disturbance.

They were arrested by the police for holding a protest against bad governance on New Year’s Eve.

The police in Abuja said that Mr Sowore organized and led a public gathering in contravention of a police order.

But he pleaded not guilty, saying that he was not the organizer of the protest.

He has been held in police detention since his re-arrest.

The former presidential candidate was arrested on August 2019 for having called for a mass demonstration, dubbed Revolution Now.

He was released in December 2019 but remained accused of treason, money laundering, and cyber harassment.