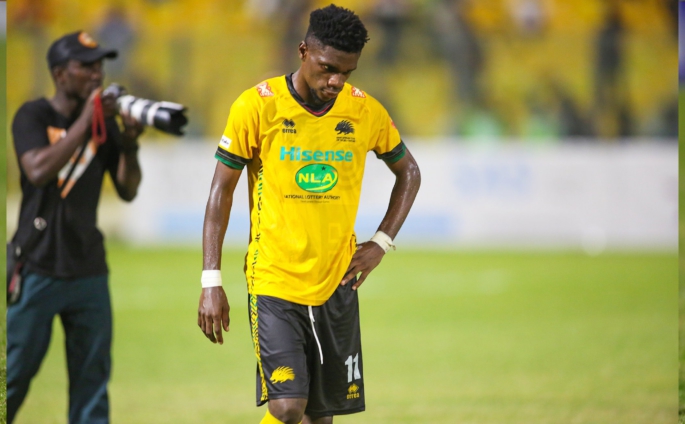 Asante Kotoko striker Frank Mbella had just 10 touches of the ball in the President’s Cup against Hearts of Oak on Friday at the Accra Sports stadium.

The Cameroonian’s 10 touches were the least by any starter in the game which Hearts of Oak won 2-1.

Frank Mbella had 10 touches in 90 minutes against Hearts of Oak. pic.twitter.com/obuUf0eCqr

Mbella, who is currently the top scorer of the 2021/22 Ghana Premier League, failed to impose himself in the game and was well marshaled by the combination of Mohamed Alhassan and Sowah Addo.

It’s the second time the 20-year-old striker has struggled against the Phobians in as many weeks.

In the first half, the former Fortuna de Mfou striker had six touches and went on to add four more in the second half.

Mbella has so far only scored in two away games with the majority of his goals coming at the Baba Yara Sports stadium.