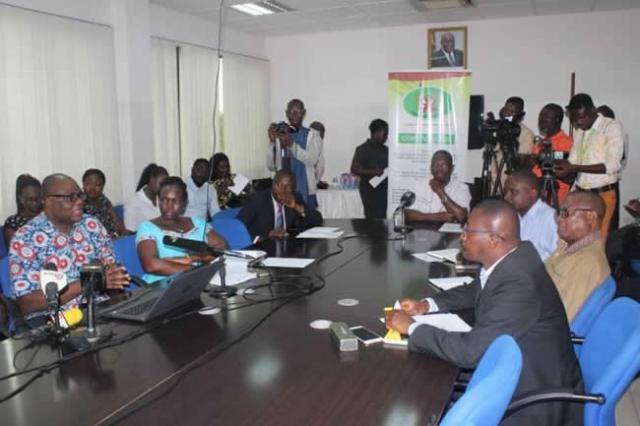 The Acting Director-General of the Ghana AIDS Commission (GAC), Kyeremeh Atuahene, made the call at the release and media briefing on 2018, National HIV estimates and projections in Accra on Wednesday.

He said although Ghana was doing well in its efforts to achieve the World Health Organisation’s 90-90-90 targets of ensuring that all persons infected with HIV were tested to know their status, put on treatment, and that all those receiving ARTs attained viral suppression, there was more to be done in order to achieve the set objective by 2020.

Mr. Atuahene said multiple sources were used to generate data for the spectrum, which brought the total national adult prevalence of HIV to approximately 1.7 percent, compared to the 2.0 percent recorded in 2014 in the Ghana Demographic and Health Survey (GDHS).

The 2018, data, he said, showed that an estimated 335,000 Ghanaians are currently living with HIV, of which only 185,000 knew their status, with the remaining 150,000 having no knowledge, and so could easily be infecting other people.

The Acting Director-General said of the total number of new infections 5,532 was among the youth aged between 15 and 24 years, representing 28 percent.

Mr. Atuahene said considering the time frame and the enormous work left to be done, the GAC acknowledges that although Ghana may not be able to achieve all the three ‘90’ targets by the stipulated date, stringent measures and strategies have been put in place to intensify public education especially at the community level, encourage HIV testing, address stigma and encourage adherence to ARTs by PLHIV.

The GAC, he said, would also pay keen attention to the youth due to their current sub-cultural behaviours, and intensify advocacy for the care and support of HIV and AIDS-related orphans, adding that Ghana has the right policies, programs and human resources to render the required services towards the elimination of the disease.

The Data Quality Assurance Manager, GAC, Isaiah Doe Kwao, presenting the national data on the 2018 HIV fact sheet, said out of the 185,000 persons who tested and had knowledge of their HIV status, only 113,000 were put on ARTs.

He also gave the estimated number of pregnant women needing Prevention-of-Mother-to-Child-Transmission (PMTCT) as 16,421, but approximately 12,950 of them received ARTs for protecting their babies from getting infected, while new child infections due to MTCT were 3,317.

Mr. Kwao said the data imputed into a special software to generate the spectrum, were from all available certified national statistics, including fertility, population, and mortality (life expectancy), and for the first time Ghana also generated sub-national estimates with estimated regional and district HIV prevalence rates.

The Greater Accra Region, he said, topped with as high as approximately 77,132, followed by Ashanti with 75,675 and the Eastern 41,089 respectively with PLHIV.

The Program Manager for the National AIDS and STI Control Programme, Ghana Health Service, Dr. Stephen Ayisi Addo said HIV was urbanised with the ability to buy sex very high, citing the role of Key Populations such as Men having Sex with Men, and Female Sex Workers.

He thanked all health partners for their financial and technical support over the years and called for sustained collaborations to address the existing gaps in achieving the three ‘90s’.