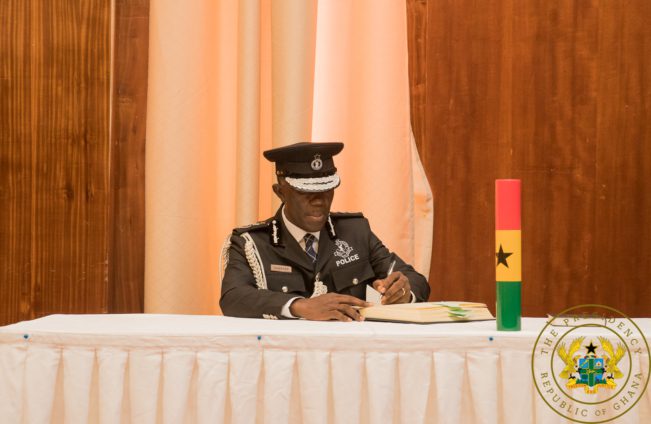 Dr Dampare, who was appointed as acting IGP two months ago, becomes Ghana’s 23rd Police boss after the retirement of his predecessor, James Oppong-Boanuh.

The 51-year-old is the youngest IGP to hold the position in the Fourth Republic and the eighth youngest since the country gained independence.

At the swearing-in at the Jubilee House on Friday, the President pledged his government’s support to ensure that the Police Service stays relevant and up to the task.

The President also charged the new Police administration to act professionally and not succumb to the dictates of the ruling government.

DISCLAIMER: The Views, Comments, Opinions, Contributions and Statements made by Readers and Contributors on this platform do not necessarily represent the views or policy of Multimedia Group Limited.
Tags:
Dr George Akuffo Dampare
Inspector General of Police (IGP)
President Nana Akufo-Addo