GETFund scholarships are not for only needy students – Education Ministry clarifies 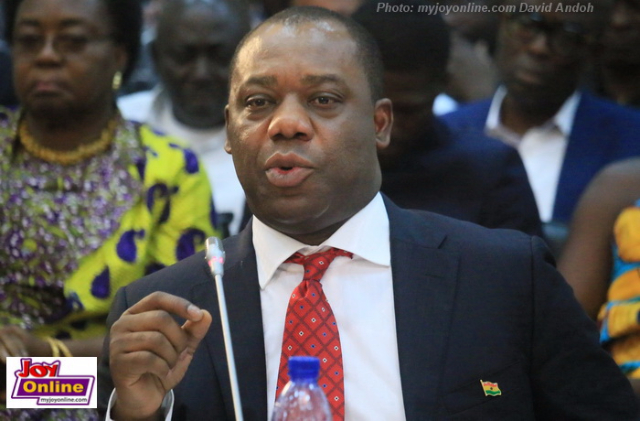 The Ministry of Education has moved to correct what it believes to be wrong impressions being circulated about who qualifies for a Ghana Education Trust Fund (GETFund) scholarship.

Director of Communications at the Ministry, Ekow Vincent Asafuah, said his understanding of the law that governs the fund, Act 581, does not stipulate that the scholarship should be given to only needy-but-brilliant students.

“In fact, the same Act 581, sub-section 2(e) also allows the Minister of Education, in consultation with GETFund to promote education in this country, give some of these sponsorships to people to go and learn and come and help this country,” he explained his understanding of the law on Joy FM’s Super Morning Show on Monday.

Mr Asafuah has been compelled to react to a publication naming his boss, the Education Minister, Mathew Opoku Prempeh, among some top government appointees listed as beneficiaries of GETFund scholarships.

A performance audit report by the Auditor-General on the administration of scholarships by GETFund revealed that Matthew Opoku-Prempeh, Procurement Minister and Deputy Majority Leader in Parliament, Sarah Adwoa Safo as well as the Executive Secretary of the National Council for Curriculum and Assessment (NaCCA), Prince Hamidu Armah have all benefitted from the scheme.

The Education Minister is listed as studying National and International Security at Harvard University, receiving $12,800 for living expenses and $11,200 as tuition fees.

Dr Armah is studying Philosophy in Education at the University of Aberdeen, which comes with a benefit of £38,400 for living expense in addition to £33,000 for tuition fees.

The story has courted public condemnation of the top government officials because many believe the scholarships are meant for needy students.

He said Mr Mathew Opoku Prempeh was awarded the scholarship in 2014 for a three-week training at Harvard University.

“And as per the mandate of GETFund, when you go, you need to come back and report to GETFund that indeed you are back. And you need to also ensure (or demonstrate) that whatever you learnt is supposed to be helping this nation. And that is what happened,” he said.

The GETFund Secretariat has also responded to the audit report in which it says its mandate is to “support the delivery of quality education to the citizens of Ghana from the basic to tertiary level through dynamic funding policies aimed at ensuring equitable provision of essential resources for all levels of education to all segments of the Ghanaian population.”

Meanwhile, all three top government officials have reacted to their names appearing on the list of GETFund beneficiaries published below.