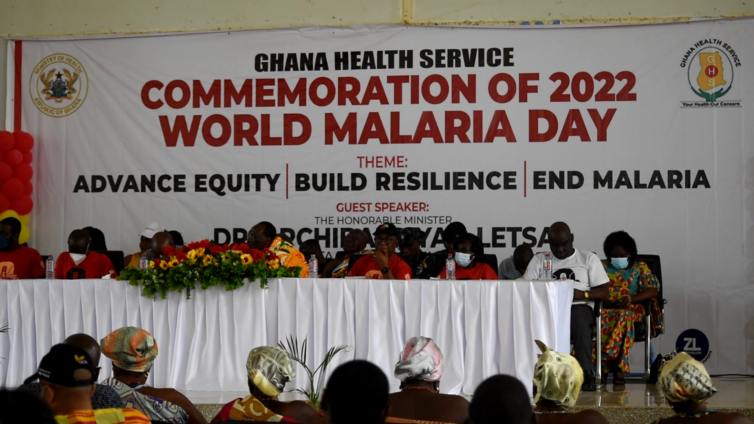 An amount of $412 million is needed to execute the 5-year National Malaria Strategic Plan aimed at eliminating Malaria in Ghana.

The said amount would be channelled into interventions to reduce malaria mortality by 90%, reduce case incidence by 50% and achieve malaria pre-elimination in at least 6 districts by 2025.

The National Malaria Control Programme (NMCP) Manager, Dr. Keziah Malm, announced this at the commemoration of this year’s World Malaria Day in Hohoe in the Volta Region.

Despite several interventions being implemented to fight malaria, including the introduction of vaccines, the disease remains the number one cause of outpatient attendance in Ghana.

According to the Ghana Health Service, 5.7 million malaria cases were recorded in 2021, with Ghana listed among the 11 countries with the highest malaria burden worldwide.

The 3 main goals of the 5-year Program are to reduce malaria mortality by 90%, reduce case incidence by 50% and achieve malaria pre-elimination in at least 6 districts by 2025.

However, the National Malaria Control Programme (NMCP) Manager, Dr. Keziah Malm announced her outfit is financially handicapped when it comes to implementing the strategic plan.

“There is currently a gap of about $412 million for the team to fully implement the current strategic plan”, she said.

The Director of Public Health at the Ghana Health Service, Dr. Franklin Asiedu Bekoe, underscored the need to focus on domestic resource mobilization to fund the malaria campaigns.

The Deputy Minister of Health, Mahama Asei Seini, announced the government’s intention to mobilise stakeholders’ support in the fight against Malaria.

A representative of the World Health Organisation, Felicia Owusu, advocated for investment in research into drug and insecticide resistance with a focus on new strains of Malaria.

The Volta Regional Minister, Dr. Archibald Letsa, bemoaned the effects of malaria on the economy and called for a behavioural change by the citizenry to consolidate the gains in the fight against malaria.

The National Malaria Advocate, Oheneyere Gifty Anti, appealed for a renewed commitment towards eliminating malaria and called for a stakeholders’ approach. She urged the citizenry to give the same zeal, commitment and attention they exhibited towards the fight against coronavirus to malaria.