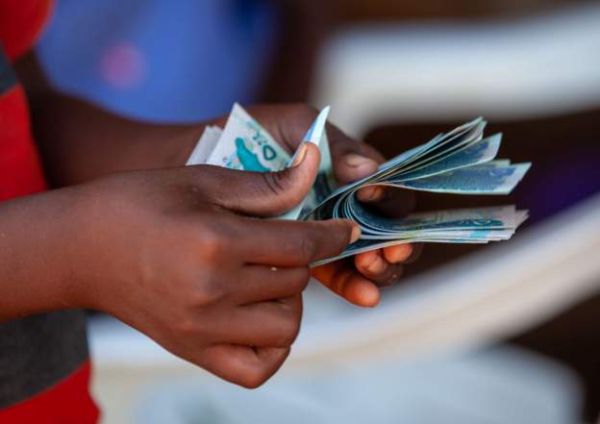 Ghana maintained its position as the 2nd largest recipient of remittances in Africa, recording $4.7 billion inflows in 2022.

This is 4.4% more than the previous year.

According to the latest World Bank Migration and Development Brief, Ghana received the second-largest remittance inflow in dollar terms and the ninth-largest level in relation to Gross Domestic Product in Africa.

The largest recipients of remittances in the region during 2022 – measured in US dollar terms – included Nigeria, Ghana, Kenya, and Senegal. However, those countries more dependent on receipts as a proportion of GDP include the Gambia, Lesotho, Comoros, and Cape Verde.

The report said relative rankings of the top 10 recipients have changed little in recent years, though the Gambia has moved up in the remittances/GDP group given the dramatic political-economy changes there in recent years.

Meanwhile, Nigeria maintained its 1st position with the largest remittance inflows of $20.9 billion in 2022, compared with the $19.2 billion recorded in 2021.

The report further said financial flows to Africa have been exceptionally volatile over the long term and continuing into the 2020s), particularly for Foreign Direct Investments and portfolio flows.

“Remittances are expected to constitute 38% of total flows in 2022, with Official Development Assistance (ODA) standing at 53%. Remittance flows to Africa have maintained secular growth of a favorable 12.5% over 2000–22, contrasted with 7% gains for FDI, and 8% for ODA”.

The report said Sub-Saharan Africa remains the most expensive region to send money to.

Senders had to pay 7.8% to send $200 to African countries during quarter 2, 2022. The average difference between the five most expensive and five least expensive corridors is astounding and significantly higher than in any other developing region.

Though intraregional migrants in Africa comprise more than 70% of all migration from or within the region, intraregional remittance costs are quite high due to the small quantities of formal flows and utilization of black market exchange rates.

For example, sending $200 in remittances from Tanzania to neighboring Uganda would have cost the migrant 35.2% in the second quarter of 2022.

The report said the risk of further adverse developments in the external environment will persist through 2023, and act to lower the pace of remittance flows to Africa to 3.9%.

Price pressures for wheat, oil, and fertilizers are likely to continue into 2023, although ebbing from peaks of the previous year.

“Food affordability and deterioration of real incomes across African states will place a damper on economic growth, while government spending on subsidies and support for farmers will widen fiscal gaps. Little easing of current account deficits is seen given continuing adjustment to the large terms of trade changes of 2022. And depreciating currencies against the US dollar will magnify the rise in import prices measured in local currency”.

The report stated that remittance outturns will depend on the balancing of the increasing needs for support from the African overseas labour force, and the availability of incomes in host countries to be remitted.

Real wages are now declining in the United States and the euro area (box 1.1), indicating the likelihood of softening remittance flows.

DISCLAIMER: The Views, Comments, Opinions, Contributions and Statements made by Readers and Contributors on this platform do not necessarily represent the views or policy of Multimedia Group Limited.
Tags:
GDP'
Remittances
World Bank Migration and Development Brief